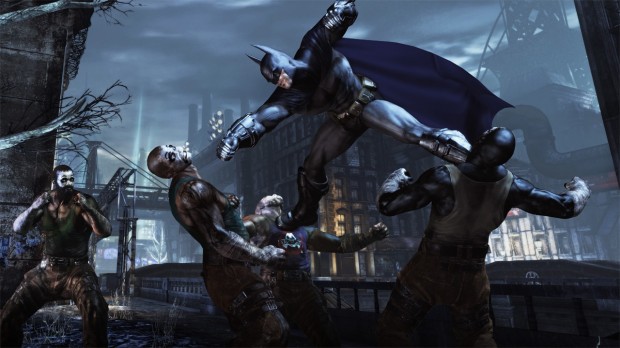 We’d heard rumors that the latest installment in the Arkham Asylum series was in the works, and we finally got an official announcement today of the next entries will be titled Batman: Arkham Origins for Xbox360, PS3, Wii U, and PC.  We’ll also get to play Batman: Arkham Origins Blackgate on 3DS.  Both titles are scheduled for release October 25, 2013.

As you might expect, there’s an emphasis on going back to the Caped Crusader’s early days.  According to Warner Bros Interactive’s press release the games take place

…before the rise of Gotham City’s most dangerous criminals, the game showcases a young and unrefined Batman as he faces a defining moment in his early career as a crime fighter that sets his path to becoming the Dark Knight. As the story unfolds, players will meet many important characters for the first time and forge key relationships.

It’s important to note that Rocksteady, the London-based developer behind Arkham Asylum and Arkham City, is not developing Arkham Origins.  Instead, Arkham Origin is going to be developed by WB Games Montreal, whose previous efforts include the Arkham City Wii U port and what looks like a Loony Toons / Scooby Doo MMO.  We at Gaming Trend really loved the previous Batman Games, so we’ll be bringing you updates as they come.