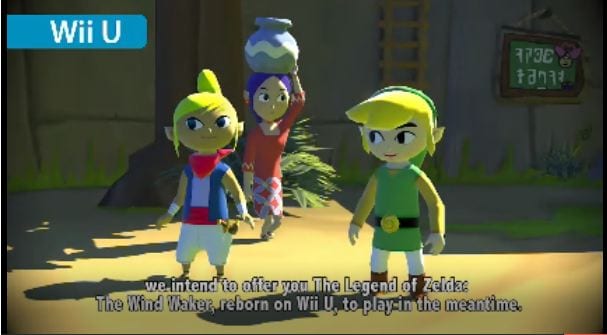 Here’s the announcement everyone was looking for. In today’s Nintendo Direct, Eiji Aonuma confirmed development of a new Zelda game for Wii U. The theme behind the development of the game is to “rethink the conventions of Zelda,” namely the idea that dungeons must be completed in a certain order, and that players must go it alone. In more concrete news, they’ve also announced an HD remake of The Legend of Zelda: Wind Waker for Wii U. No release date has been confirmed, but I’m sure we’ll see more by E3.