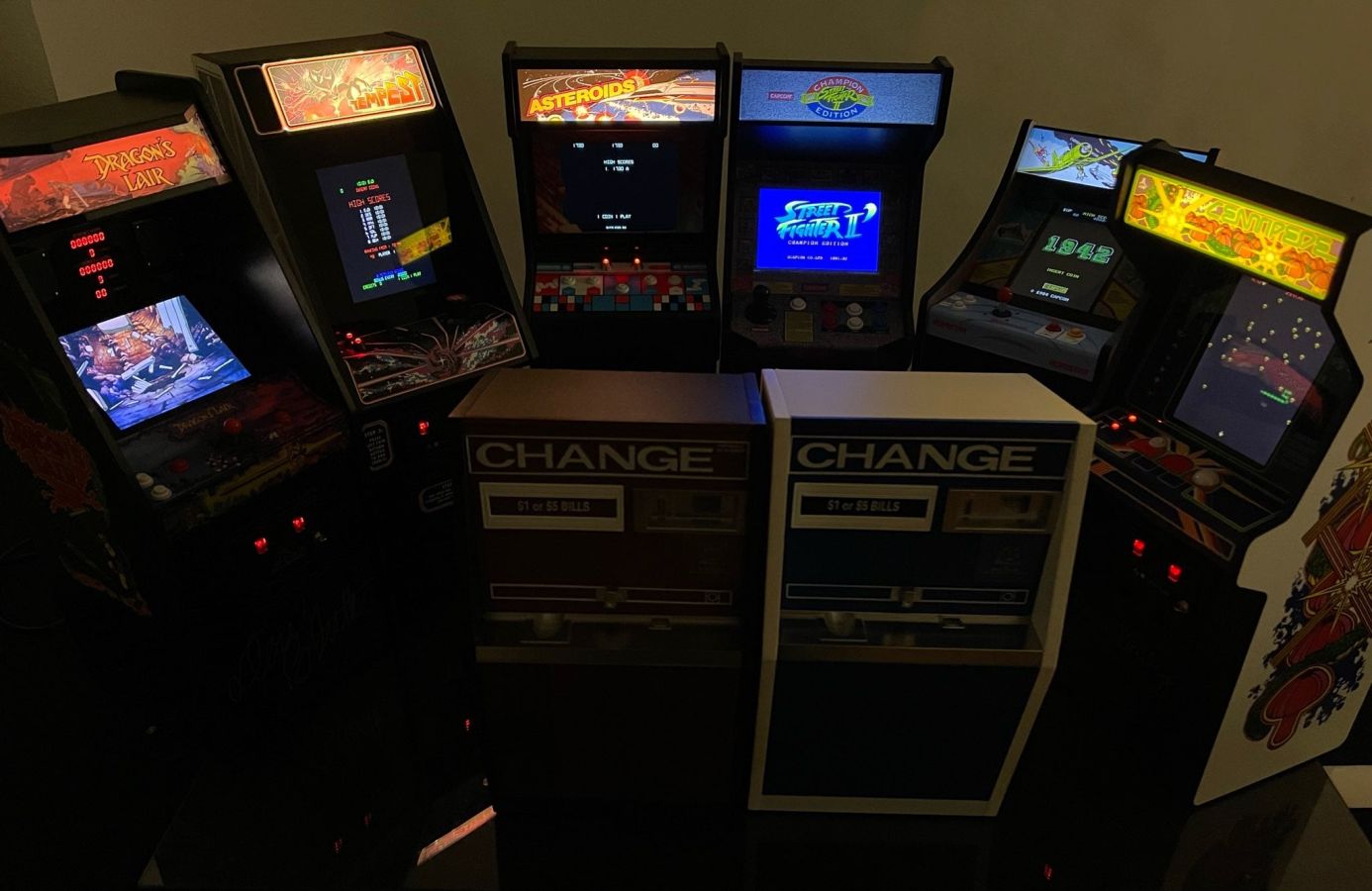 New Wave Toys, known for their high quality RepliCades, has announced details for their upcoming Black Friday sale. Included in the sale is their latest RepliCade, 1942, as well as their awesome USB charger in the shape of an arcade change machine. Read below for a list of everything on sale:

LOS ANGELES — November 18, 2021 — New Wave, the industry leader in recreating classic arcade experiences, is happy to reveal its Black Friday sale. Everything on its online store is on sale, including its most recent mini arcade release, 1942 X RepliCade, and USB charging stations and power banks themed after iconic elements from the ’80s.

Here’s the complete list of products that will be going on sale:

An updated version of the original unique collection of coin-op cabinet marquees, some dating back 40 years to the dawn of video gaming; ARTCADE Extended Edition offers more content and an improved layout to showcase the artwork.

The Hotline 16000 mAh Power Bank is a multi-functional, portable power bank built into a housing inspired by iconic personal cassette players. We packed a big 16,000 mAh battery with the ability to charge up to three devices at once via: USB-A 3.0(QC), USB-C & 10W fast Wireless charging for Qi-enabled devices! The iconic form factor is a great conversation piece, but also provides excellent protection for the battery housed inside. The Hotline 16000 features all the safety features you expect in a modern portable power solution too!

The acclaimed feature film documentary Insert Coin is the amazing behind-the-scenes story of one of the greatest video game studios of all time, Midway Games. Midway grossed billions of dollars and established a new standard for video games, but success came with a price. Through intimate and often hilarious interviews with the people who were there, Insert Coin documents how a few friends redefined an entire industry, navigated runaway success, and faced the challenges of at-home gaming all while creating gaming franchises that thrive nearly 30 years later, and a legacy that will last even longer.

Our RepliCade UV Base Pads feature arcade carpet inspired graphics with silk screened UV reactive ink in 1:6 scale on a soft fiber surface, with neoprene core & anti-slip rubber base. At a total size of 8” x 12”, use it as a mouse pad or put it under your RepliCade Mini Arcade Machine for the ultimate statement!