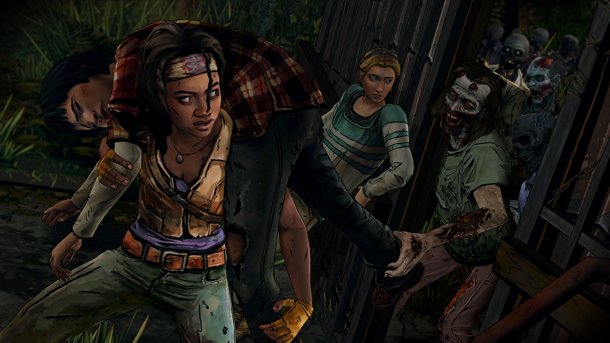 Telltale has released a new look at the second episode of The Walking Dead: Michonne, and it shows that the stakes are getting even higher for the episodic game’s cast.

Episode two, “Give No Shelter,” will see Michonne and her crew attempting to escape a settlement who took them prisoner in episode one.

“Give No Shelter” will be rolling out tomorrow, March 29th, and will lead into the mini-series’ finale which is slated to launch in April.

The Walking Dead: Michonne wil be one of the last series from Telltale to utilize its engine in its current state, as the studio plans to update its engine in time for its Batman adaptation coming this summer.

For more on Michonne, check out Gaming Trend’s review of the first episode.