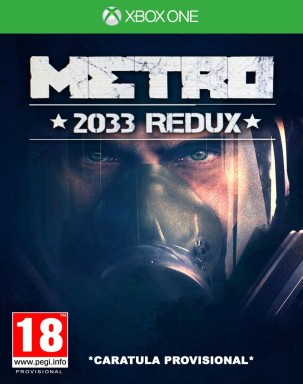 Some more tidbits have possibly been revealed for 4A’s upcoming installment in the Metro franchise, Metro 2033: Redux.

These bits of info should be taken with great skepticism but a release date and box art have been revealed via a European Amazon page, listed here. The new box art can be found below and the release date on Amazon is scheduled to be August 28th, 2014.

A few months back 4A and Deep Silver confirmed the existence of a Metro Redux via a blog post, part of which simply stated…

Hard details regarding Metro 2033: Redux are few and far bewteen, but it has been confirmed that it will be a Playstation 4 and Xbox One release. Also, one could assume that it would include remastered versions of Metro 2033 and Metro: Last Light.

One way or another, we will hopefully find out more soon!