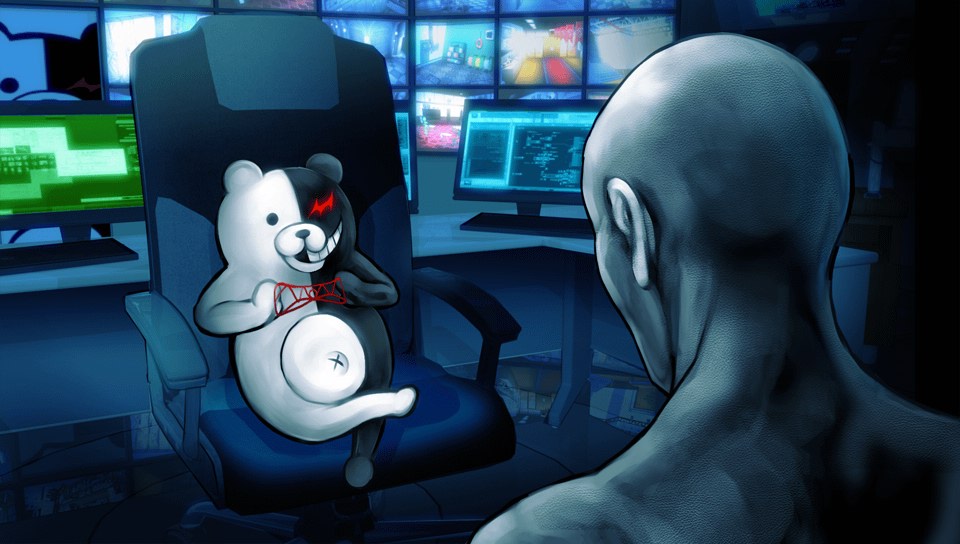 News scans from Famitsu have revealed information about the upcoming animated series Danganronpa 3: The End of Hope’s Peak Academy including explaining how the “Future” arc of the series will wrap up the story.

According to a translation from Tumblr user jinjojess, Danganronpa 3 will revolve around members of the Future Foundation being captured by a traitor within their ranks. Each of these 16 people is equipped with a bracelet that will emit knockout gas periodically, and when the group wakes up they find someone has been murdered by the traitor hiding among them. All of this will be under the supervision of series mascot Monokuma, who is presumably being controlled by the traitor.

Jinjojess’ translation is below, with names and terms edited to reflect the English translation of the series:

Via the Biggest, Worst Incident in the History of Mankind, [Ultimate Despair] has driven the former world to destruction. In order to save this despair-soaked world, the Future Foundation was formed.

[Makoto] Naegi and his fellow 78th Class classmates, having defeated Junko Enoshima, have joined the Future Foundation. There they are working to rebuild the world, but Naegi has been charged with the crime of treason for protecting the Remnants of Despair. Everyone gathered for Naegi’s punishment has been trapped by Monokuma and thrust into the “Final Killing Game”. Everyone is fitted with a strange bracelet that releases a sleeping potion at a fixed time. While asleep, the traitor in their midst kills a Future Foundation member.
To survive, they’ll have to ferret out the traitor and stop the killing.

The class trial rules do not apply to this killing game. Naegi and the others have been driven into a desperate kill or be killed situation.

The tale of hope and the despair that kills hope begins now.

Danganronpa 3 will feature two arcs, while Future will act as the concluding story in the series’ Hope’s Peak Academy storyline, the “Despair” arc will be set before the events of the first game and follow the cast of Danganronpa 2. both arcs will air in Japan in July.

For more on Danganronpa, check out Gaming Trend’s review of the PC version of Danganronpa 2.