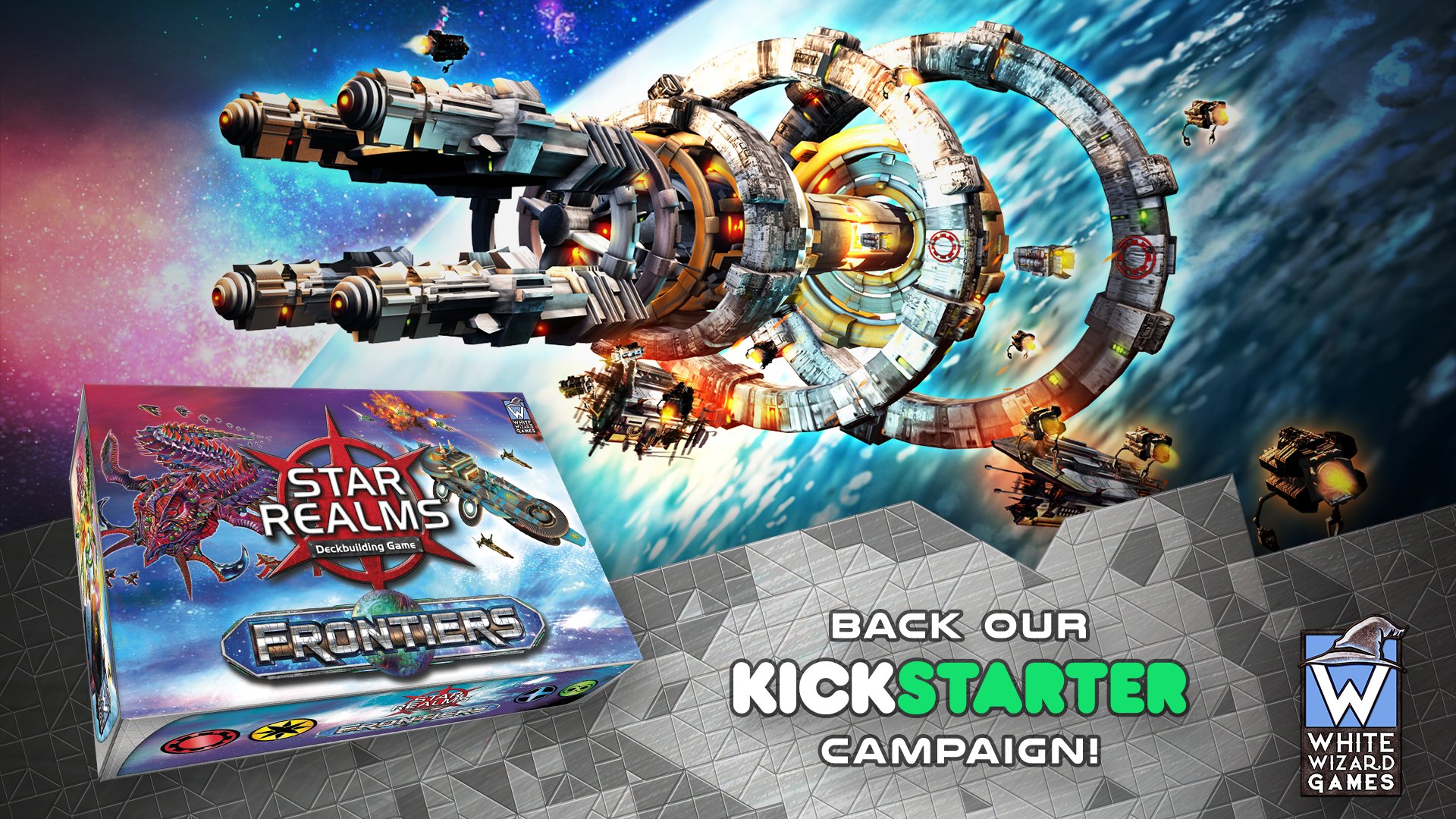 I still remember looking at a prototype of Star Realms before Origins and being very impressed with it.  Here was a deck-builder with direct interaction and conflict that hadn’t been seen at that time.  While I thought that it would be a successful game, Star Realms turned out to be a huge success.  Since then several expansions for Star Realms have been released, as well as Epic and Hero Realms.  Now White Wizard Games are going back to their roots and expanding Star Realms even more and seeking funding through Kickstarter.

White Wizard Games LLC, the company created by Magic: The Gathering Hall of Famers Darwin Kastle and Rob Dougherty (developer and co-founder of the Ascension deckbuilding game), today announced that they have launched the Star Realms Frontiers Kickstarter. Star Realms is an explosively popular Deckbuilding Game that combines the fun of a deckbuilding game with the interactivity of trading card game style combat. Star Realms has won 7 Game of the Year awards.

Our fans helped us launch our company and Star Realms on Kickstarter four years ago. We are super excited to be bringing them 9 new Star Realms sets in this new Kickstarter,” said Rob Dougherty, CEO of White Wizard Games.

Darwin Kastle, Designer of Star Realms and co-founder of White Wizard Games added,“Our fans are going to love the new Command Decks. It takes Star Realms game play to a new level when each player starts with a different custom deck!”

Play as a Legendary Commander with the new Command Decks, and take your Star Realms game to a new level!

White Wizard Games has always included a ton of gameplay in their base games, but the expansions have added a ton of content.  This looks to be no different.  You get a lot for $20, but even the $30 has a lot more.  Be sure to check out the Kickstarter now.