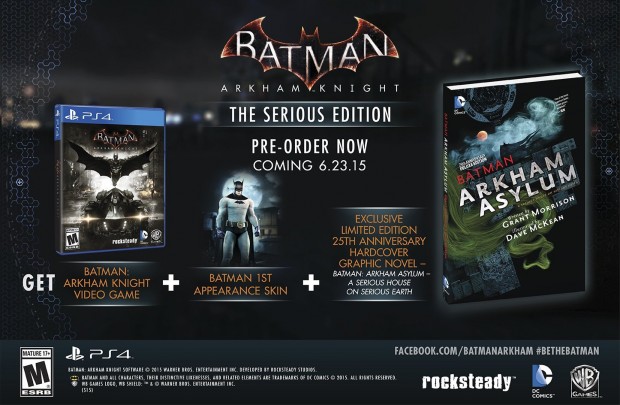 It has been revealed that a special edition of Batman: Arkham Knight will be released that will contain a graphic novel.

The Amazon listing for Arkham Knight shows one version called “The Serious Edition” for $69.99. The Serious Edition contains the Arkham Knight game, an alternate skin for Batman, and a limited edition Arkham Asylum graphic novel. The special edition doesn’t seem to be available for PC, as it is only listed for PlayStation 4 or Xbox One.

Arkham Knight is slated for release on June 23rd. Warner Bros. and Rocksteady recently revealed that the game will have a $40 season pass that contains story missions and other side content.