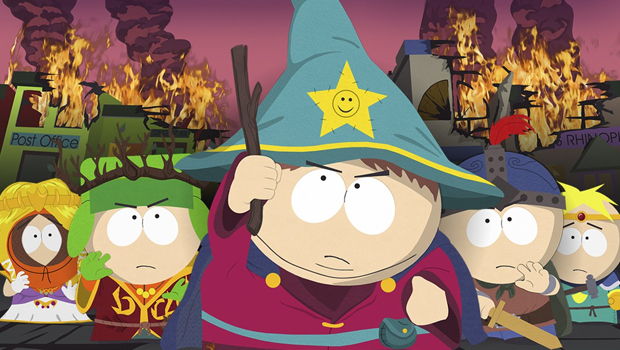 We all like gaming. We all like South Park too. There have been quite a few video game themed episodes of South Park before; Stan, Kyle, Cartman and Kenny going on a quest to find their ‘Okama Gamesphere’ with the help of a stoner towel, the boys forming their own Guitar Hero group, the infamous World of Warcraft episode and a couple of others as well. And let’s not forget the upcoming South Park game “The Stick of Truth”. South Park and gaming obviously mix well. (And we’re gonna forget about that horrible South Park game on the N64)

And this Wednesday, South Park will venture into Minecraft territory.

From the press release:

MINECRAFT IS THE KEY TO UNLOCKING THE SECRET TO A HEALTHY MARRIAGE
IN AN ALL-NEW SOUTH PARK ON
WEDNESDAY, OCTOBER 2 AT 10:00 P.M. ET/PT ON COMEDY CENTRAL

With all the GTA V hype over the last few weeks, I’m pretty surprised they didn’t do an episode on that. Maybe a bit too obvious. On the other hand, I’m really hoping to see South Park rendered in Minecraft, now that would be awesome.