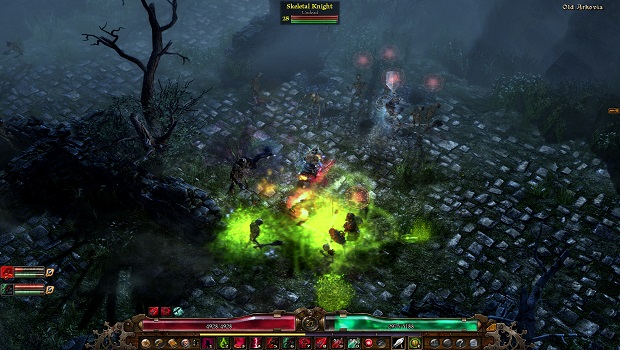 Grim Dawn, an upcoming ARPG from Crate Entertainment, has just been expanded with a new chapter of content on Steam Early Access. The second act of the game, called Old Arkovia, brings the total amount of content in the game to over 20 hours and adds a new gameplay region. The developers promise a number of other updates to both acts of the game in the coming months, including additional quests, areas, and multiplayer features. New features added in Act II include:

– Venture through 10+ hours of new content .
– Descend into the challenge dungeon, “Steps of Torment.”
– Explode obstacles with dynamite and repair structures to open  paths.
– Test your hero against 10 new enemy-types and 23 bosses.
– 35 character levels and 106 new items.

Grim Dawn is currently available on Steam Early Access here, as well as directly from Crate Entertainment. Act III is set to be released later this year. In the meantime, check out these screenshots showcasing the content added to Grim Dawn in Act II.