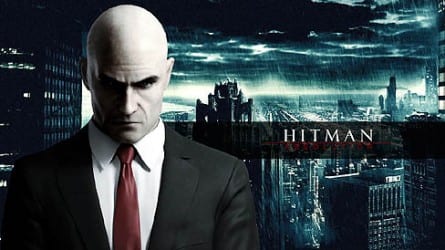 A couple of new screenshots from Hitman: Absolution were released by Square Enix today. The game will be the fifth title in the Hitman series, but it will probably look more like Splinter Cell: Conviction than previous Hitman titles, thanks to the new Glacier 2 engine. Absolution will continue where Blood Money left off six years ago, with players still taking the role of Agent 47. A lot of unknowns remain about Hitman: Absolution, but read on for more details and a look at the screens.

An updated engine won’t be the only major difference between Absolution and Blood Money; two major characters, Agent 47 and his handler Diana, will be voiced by different actors this time around. Keith Carradine and Marsha Thomason will take the places of David Bateson and Vivienne McKee, respectively. The new Hitman title will also feature new composers Peter Kyed and Peter Peter, replacing Peter Kyd as the force behind the game’s soundtrack.

Since so much time has passed since the last Hitman title was released, it was inevitable that there would be plenty of changes. Hitman: Absolution will be released for PC, 360, and PS3 sometime this year, along with a more expensive “Professional Edition” that will include special packaging, an art book, a DLC gun pack, and a “Making Of” DVD. It remains to be seen if the new cast will make the game better or worse, but no one can argue that the graphics will look much better with the updated engine. Don’t believe me? Check out the screenshots below. 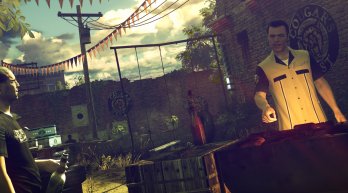 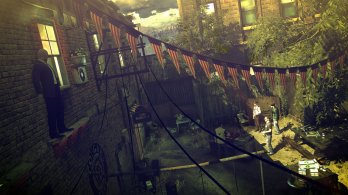