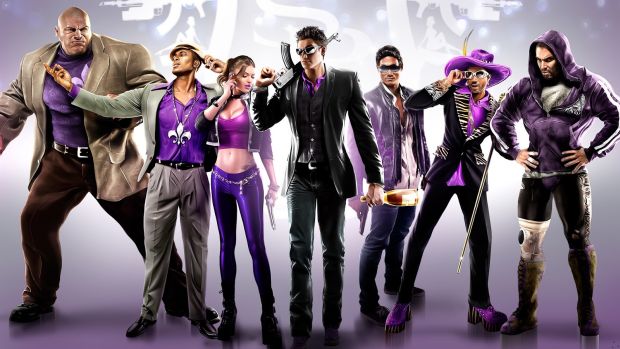 Believe it or not, Saints Row 4’s release is finally nearing and with that publisher Deep Silver has decided to declare this week “Hail to the Chief” week. In this second video, you admittedly see very little. But for what gameplay you don’t see, Volition and Deep Silver make up for in maddening music and beautiful purple art. The Hail to the Chief reference is obviously acknowledging the fact that in Saints Row 4, you are the President of the United States. Because why not, America?

Anything is possible in the gigantic open world of virtual Steelport, including superpowers, a host of incredible vehicles and an arsenal of out of this world weapons. Enjoy the unlimited executive powers of the Presidency and show your citizens what a true leader of The Saints is able to do.

It seems as if we’ll be seeing more Saints Row videos as this Hail to the Chief week continues forward. To tide you over until then, read Ron’s Saints Row 4 preview he did after getting his hands on the first few hours of gameplay.

Saints Row 4 will release on August 20th for Xbox 360, PS3, and PC. The new Hail to the Chief video can be found below.