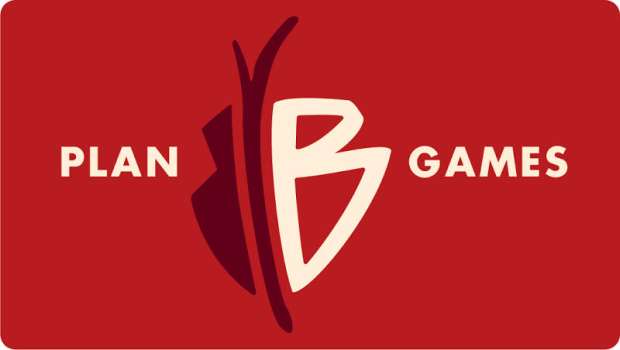 While we’ve seen Asmodee seemingly consume the big publishers, small publishers have popped up from time to time as well.  Yesterday Plan B Games announced their brand, as well as a game series they’ll be publishing from a well-known designer.

Plan B Games is proud to announce the launch if it’s new boardgame publishing house.

At Plan B, we enjoy setting aside conventions.

To allow the most beautiful appearance of our box covers, our signature will appear in it’s most color-coordinated fitting. A logo with an endless color palette!

The team consists of nine passionate people, who made their mark in the gaming industry.

We take nothing for granted and push the limits forward.

Internationally acclaimed game designers, including Matt Leacock, are joining our project and stand behind Plan B’s philosophy. Within the next few weeks, you will discover the list of these remarkable creators, along with the new titles planned in our catalog.

More than a dozen foreign partners have already joined Plan B in this new adventure.

GTS Distribution, on of the leaders of the US industry has been appointed exclusive distributor for the US hobby market.

For it’s first title, Plan B Games has chosen a masterpiece from a young and highly talented New York designer.

Emerson Matsuuchi presents Century, the trilogy, a stand-alone mixable game that explores the history of the most famous trading markets across the eras.

Century: Spice Road, first title in the trilogy, is set in the 15th century, during the apex of the first commercial trade road. In this highly addictive game, you will be fascinated by the ingenious hand-management mechanisms and it’s powerful combos. Literally impossible to put the box away!

To get the Century games from Emerson is a huge win for Plan B Games.  I’m looking forward to see what other games they have up their sleeve.