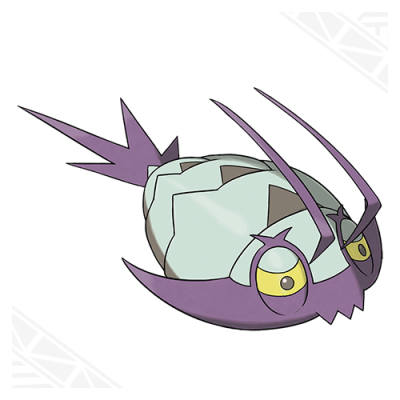 The Pokemon Company has released a trailer revealing six new Pokemon as well as some new features coming to this fall’s Pokemon Sun and Moon.

Most notable of the six additions to the ever-expanding Pokemon roster are Wimpod and Mimikyu. Wimpod is a bug/water type that uses a new ability called “wimp out,” which causes the Pokemon to flee or swap out upon losing half its HP. Mimikyu is a ghost/fairy type that resembles a ghastly Pikachu doll. Mimikyu’s featured ability, Disguise, creates a decoy which takes incoming damage in place of Mimikyu.

The trailer also reveals Hyper Training, which allows trainers to further strengthen Pokemon after they’ve reached level 100. This will be done by finding a specific character in the gameworld and exchanging a new item, called Bottle Caps, with him.

Pokemon Sun and Moon is the latest entry in the franchise’s long-standing RPG series and is set to release November 18. Check below for a full list of the new Pokemon and their info as seen on Pokemon-SunMoon.com.
Wimpod

Ability: wimp out, flees upon being attacked

Bio: Wimpod have a cowardly nature and are wary of noises and sudden movements. If you approach them in a group, they’ll immediately run off. When Wimpod feel threatened, they spit out a poisonous liquid. The stench of this toxic fluid signals others that danger is near. Despite their extreme cowardice, their curiosity leads Wimpod to approach people or Pokémon that are standing still.

Bio: Because it exudes a delicious smell from its entire body, Bounsweet is popular with Pokémon and people of the Alola region. Bounsweet’s scent has a calming effect on humans, so many people let them live inside their homes as a sort of air freshener. Unfortunately, it’s sometimes swallowed whole by Pokémon drawn to its aroma.

Bio:Comfey picks flowers and always carries them around. It makes a ring of blossoms and spreads oil from its body on it, which changes the flowers so they emit a soothing fragrance. It has a habit of giving these flower rings to those it’s fond of. The aroma can soothe both itself and its allies. Comfey also helps with the treatment of people and Pokémon at Pokémon Centers and hospitals, thanks to its aroma.

Bio:Mudsdale is known for its powerful body as well as its emotional fortitude, which keeps it from being agitated by anything. It never cries out, no matter what kind of trouble it’s in, and it defeats its opponents with a single powerful blow. Its legs are coated in protective mud, and the weight of this coating increases the force of its kicks. One kick, and a car is a pile of scrap!

Bio:Mimikyu lives its life completely covered by its cloth and is always hidden. People believe that anybody who sees its true form beneath the cloth will be stricken with a mysterious illness. People in the Alola region are convinced that you must never try to peek beneath its covering. Mimikyu’s health fails when it’s bathed in the rays of the sun, so it prefers to stick to dark places. It’s rumored that the reason it covers itself with a cloth is to avoid sunlight.

Bio: When Bewear is acting in a friendly fashion, just swinging its arms around, you must never dare to approach it carelessly. It is acknowledged to be a dangerous Pokémon, even within the Alola region. You may see warning signs posted near places it resides.