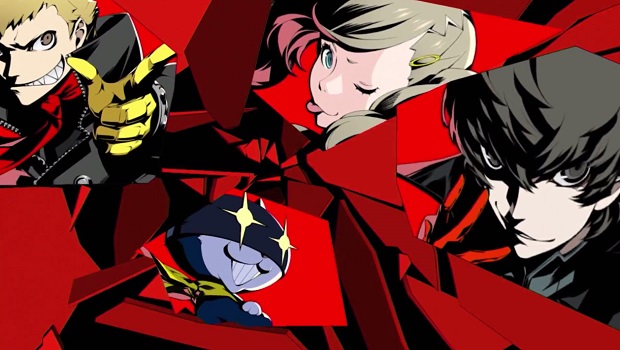 The latest issue of Famitsu has some new information on the cast of Persona 5 and the challenges that they’ll face throughout the upcoming RPG.

Gematsu translated the details Famitsu revealed, including some tidbits of information regarding the protagonist’s internal conflict, his first Persona’s name, and how the game’s turn-based battle system will differ from past games in the series.

Protagonist – A second year high school student who moves to the big city in the spring. He lives with his parents’ friends at their coffee shop on the outskirts. He and his friends share common ground in having lost a place to live before.

Arsene (Persona) – The protagonist’s exclusive Persona. Whether it’s connected to the well-known thief is unknown.

The previously mentioned sound change (“The sound characters make when summoning Personas is no longer a ‘ka!’ but rather a ‘buchi!’”) applies to cut-ins in general, not just Persona summons.

Unlike the heroes of Persona 3 and Persona 4, the protagonist of Persona 5 has a problem of some sort that, if not faced down, could spell big trouble in the future. The scene in the trailer where he appears to be a prisoner is a “mental prison,” so to speak.

The characters sliding around in the anime bit in the trailer was suggested by the anime director. (Production I.G is confirmed to be the studio behind Persona 5‘s anime scenes.)

The battle system is still turn-based, but is said to have a lot of changes to make it feel better to play and enjoy.

Lots of Personas are being rendered in high-definition for the first time, making it a grueling production process on that end.

Hashino is choosing to remain quiet about why Personas are appearing as actual enemies and where the protagonist has his fights. There are reasons behind those details, though.

There are indeed randomly generated elements, but major places in the storyline are designed to play up the burglary motif and have special gimmicks.

Each character has a distinct gun for their long distance weapon, though short range ones are present, too. They aren’t actual guns, but for reasons, they remain effective as weapons in combat.

Working with sympathizers around town (the original Japanese literally uses “cooperation” like in the menu) is advantageous in some way for combat.

Social Link-esque features will be discussed later, but will have new twists while still serving to power things up.

The protagonist’s seemingly docile nature is a profound ruse.

The logo design is meant to play up on the youth ensemble nature of the plot and its cast, conveying a sense of speed and dynamism.

Arsene, meanwhile, is designed to be a little more old-school, including his name, though making the whole thing come together and look stylish with that sort of constraint wasn’t without its share of challenges. Its cape / wings are meant to portray the image of a thief who lurks around places where normal people don’t belong.

After nearly a year of teases, Atlus finally released Persona 5’s first gameplay trailer, and the game’s dark tone seems to be more in line with the series’ past than the recent spin-offs have been. The game’s central theme will be challenging societal expectations and expressing your own individuality.