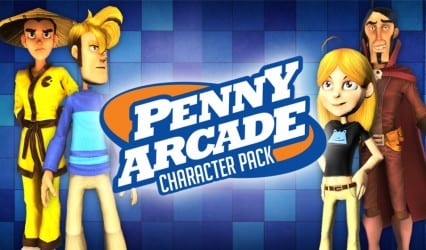 We’re all HUGE fans of the Penny Arcade strip, and of how they’ve consistently churned out hilarious and thought-provoking comics on the gaming industry for well over a dozen years. It’s a gigantic feather in our cap to hear that Mike and Jerry are fans of Dungeon Defenders.

The skins will go on sale as a package on the Steam this Friday, but PAX attendees can get the DLC for free at the Reverb Publishing booth.