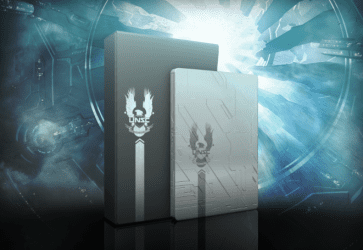 Halo 4, which comes out November 6, will feature an all new multiplayer experience called Halo Multiplayer Infinity. The hub for all multiplayer activity will be a spaceship, the UNSC Infinity. This will tie in to a secondary campaign, released on a weekly basis, called Spartan Ops.

Multiplayer game modes will be known as War Games and take place on the combat deck of the UNSC Infinity. The multiplayer games will feature armor upgrades that actually affect gameplay, and customizable loadouts. Players can earn upgrades called Specializations that are specific to the players gameplay style. Stealthy players might unlock camouflage, more aggressive players might unlock armor upgrades, etc.

Halo 4 is available for pre-order today, including a $99.99 Limited Edition which includes nine bonus maps and extra Specializations that will be released to those with the standard edition later.