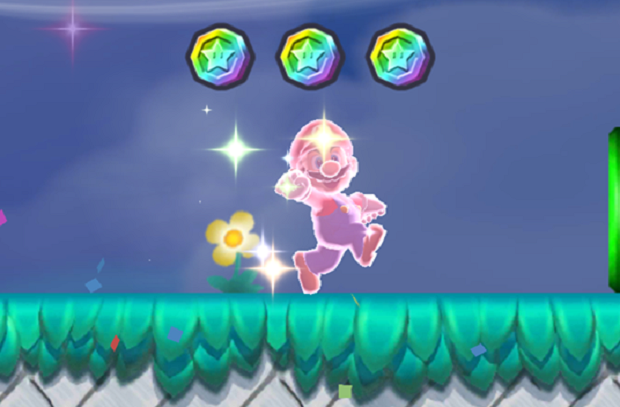 The highlight feature in this update is Remix 10. In this mode, you play through 10 extremely short levels in a row to eventually find, and then play as, Daisy. During this mode, you will be collecting rainbow star coins, switching characters at random, and obtain decorations for your kingdom. All of this while listening to a crazy medley of various Super Mario level themes.

Super Mario Run’s new update also included World Star, a 9 level pack with special levels that have to be unlocked through certain criteria such as clearing World 4-2 without defeating a single goomba.

Finally, there have been a few small changes to the game such as a music mode where you can listen to music from your device. Characters that originally didn’t shrink when hit such as Yoshi and Peach have now been given an extra hit and a new shrunken sprite.

To celebrate the launch of this update, the full Super Mario Run game will be on sale for $5 from now until October 12th, 2017.