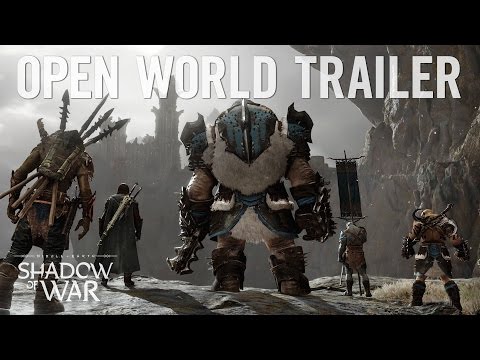 Middle-earth: Shadow of Mordor was a massive hit, receiving universal acclaim (our review)  Today we have a brand new trailer to showcase the dynamic open-world of Middle-earth: Shadow of War – the follow-up to the smash hit. In this video we get to see our first good look at the environments (the Island of Nurn, Cirith Ungol, and Gorgoroth for my fellow Silmarillion dorks out there), as well as the upgrades to the Nemesis System. (You might remember that the Nemesis System allowed you to sway Orc Commanders to your side, eventually capturing the Generals of Sauron’s army.) Before we get to all that, where does this fall in the timeline of the books?

Set between the events of The Hobbit and The Lord of the Rings, Middle-earth: Shadow of War is an open-world action RPG that continues the original narrative of Middle-earth: Shadow of Mordor. Players will be engrossed in a richer, more personal and expansive world full of epic heroes and villains, iconic locations, original enemy types, more personalities and a new cast of characters with untold stories.

Thankfully, you won’t have to wait long to get your hands on Middle-earth: Shadow of War — it’ll be available on Windows 10 PC, PlayStation 4, and Xbox One, with Project Scorpio and PlayStation 4 Pro upgrades baked in on August 22, 2017.