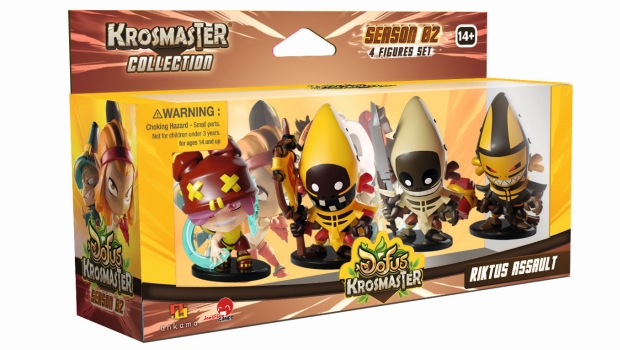 A game that has intrigued me for a while is Krosmaster from Japanime games.  With what I saw from GenCon, you battle other players in a virtual arena.  It looks like it plays fast, has some depth to it, and they are constantly bringing out characters for it.  It looks like now might be a good time to get into it, as they are bringing two new sets out, as well as a Junior edition.

Season 2 Window Boxes for Krosmaster: Arena are coming! And what’s even better, you can get them for a fantastic deal!

Have you been waiting for Krosmaster: Junior? You can pre-order it now! Junior Pre-orders will ship with free shipping AND a new-yet-to-be-seen promo in November! This will be perfect timing to store it away for a Christmas present for your family. What is it? A lighter version of Krosmaster Arena! The main spirit of the Arena is brought to you with Krosmaster Junior, allowing even the youngest players to understand the rules and play with a friend or three.

To find out more about all their products, hit their store page here.