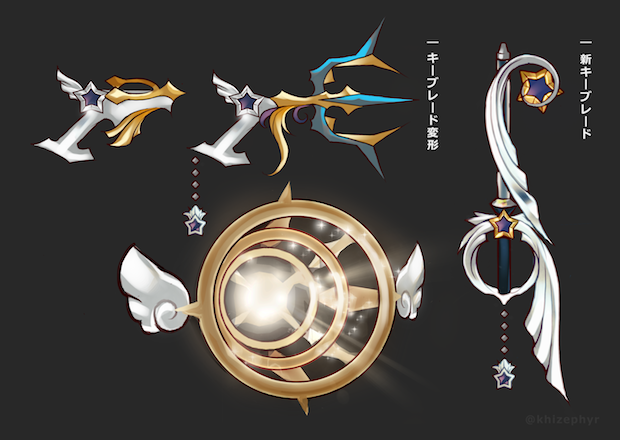 One of the Keyblade variations Sora will have in Kingdom Hearts III was shown at an event in Burbank, California a month ago, and now a KHInsider staff member that was present at the event has made a mock-up of the weapon for fans to see.

Known by the name Zephyr on the site, the staff member drew up the keyblade as he remembered it, as well as its alternate cannon and dual-pistol forms.

Recently, there was a bit of a controversy after Goofy’s voice actor said on Twitter that Kingdom Hearts III would be coming out in 2015. Square-Enix responded, but didn’t explicitly contradict his statements.

For more on Kingdom Hearts III, check out a list of characters and worlds we want (and don’t want) to see appear in the game.