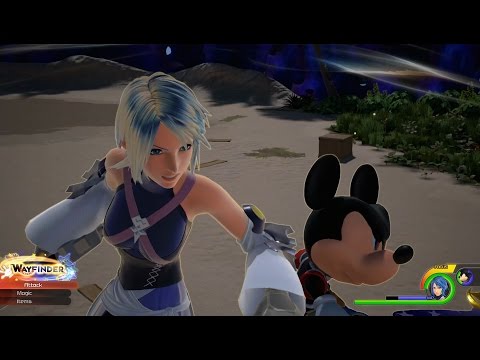 SQUARE ENIX® and Disney released a new trailer for KINGDOM HEARTS HD 2.8 Final Chapter Prologue, the final update leading up to the highly-anticipated entry in the franchise, KINGDOM HEARTS III. The trailer can be viewed on the official Kingdom Hearts YouTube channel.

The trailer features gameplay footage and cutscenes from each title in the compilation: the remastered KINGDOM HEARTS Dream Drop Distance HD, and the entirely brand-new chapters KINGDOM HEARTS χ [chi] Back Cover and KINGDOM HEARTS 0.2 Birth by Sleep – A fragmentary passage –. Accompanied by “Simple And Clean –Ray of Hope MIX–“, a new remix version of the theme tune for the series by Utada Hikaru.