What would you say if I told you that a bunch of people who worked on the Prince of Persia, Assassin’s Creed, Splinter Cell, and Uncharted decided to get together to make a first person survival horror game.  Not only that, but a first-person survival horror game that looks like it mixes equal parts Resident Evil, Amnesia: the Dark Descent, and Fatal Frame?  You’d probably be pretty amped, wouldn’t you?

Well guess what?  It’s true! Outlast, the debut title from newly created French-Canadian studio Red Barrels is looking to do just that.  As you can see in the teaser trailer below, the game looks like it’s going to emulate Amnesia’s preference for running and hiding over combat, as well as showcasing what looks to be some kind of night-vision camera mechanic.  What details of the plot have been released sound like something straight out of Resident Evil’s “evil corporation” shtick:

In the remote mountains of Colorado, horrors wait inside Mount Massive Asylum. A long-abandoned home for the mentally ill, recently re-opened by the “research and charity” branch of the transnational Murkoff Corporation, has been operating in strict secrecy… until now.

Acting on a tip from an inside source, independent journalist Miles Upshur breaks into the facility, and what he discovers walks a terrifying line being science and religion, nature and something else entirely. Once inside, his only hope of escape lies with the terrible truth at the heart of Mount Massive.

Further along in the press release (which you can also find below) the co-founders of Red Barrels suggest they’re going to be focusing on strong AI for the monsters in the game.  Given the spate of games in which the zombies slowly shamble toward you that have come out in the past few years, I’m really interested to see what they can do.  Keep your attention here for more info on this game as it’s leaked, up until the game’s release for PC next year. 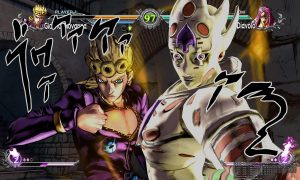