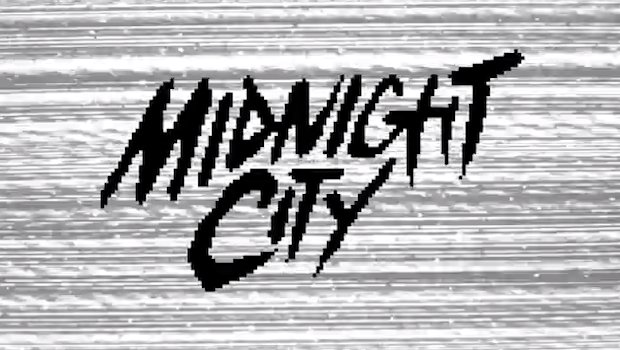 “Do you like video games?” the blurry screen  demands to know in Midnight City’s  grindhouse-themed trailer. Why yes, yes I do! Thank you for asking. With that bold introduction, Majesco Entertainment has just announced an exciting new entry into the league of extraordinary indie publishers: welcome to Midnight City, a company that will pride itself on releasing “games with heart” and presumably listen to a great deal of M83. The phrase “games with heart” can mean different things to different gamers, but to me it seems obvious that they mean it this time. The trailer shows off a bunch of titles that started to get me pretty hot under the collar, and I think you’ll find yourself intrigued as well. Here’s the lowdown:

Majesco Entertainment is an American company that’s been around since 1986, based out of Edison, New Jersey. They also happen to have probably the best NASDAQ ticker symbol of anyone, that being COOL. To create Midnight City, Majesco called upon two notable industry veterans to spearhead the campaign: Casey Lynch, former editor-in-chief of IGN, and Doug Kennedy, the former president and CEO of Reverb Communications and Reverb Publishing. Together they form… Coug Lynnedy! Nah, but they do bring a heck of a lot of experience to the table, especially given Casey Lynch’s expert IGN-knowledge of the indie gaming audience that Midnight City will be targeting. Speaking precisely to that bit of experience, Lynch issued the following statement on behalf of the team:

Having been front and center watching the tidal wave of independent games coming through IGN, Majesco’s move to get behind these games truly speaks to the commitment they are making to the independent development community. Over the years we have seen tons of really great games coming from smaller independent studios and our vision at Midnight City is to offer these games and development teams a wide range of services and support. We’re here to help with everything from first-party relations, QA, promotion and community building and to put a spotlight on the titles while freeing the development teams to focus 100% of their energy on building the best games possible.

Got get ’em, tiger. But really, they seem like they genuinely know and love their product, and I have nothing but confidence in this turning into an exceedingly lucrative venture. Check out the video below to get further acquainted with M.C., and here’s a breakdown of the lineup from the press release:

VIDEOBALL (Action Button Entertainment) – VIDEOBALL is an electronic sport game that features the best of basketball, soccer, football, old-fashioned shooters, first-person shooters, and real-time strategy games – and it’s all on one screen.

The Bridge (Ty Taylor) – A 2D logic puzzle game that will compel you to reevaluate your preconceptions of physics and perspective, the Bridge is Isaac Newton meets M. C. Escher.

Blood of the Werewolf (Scientifically Proven) – You are Selena, a woman hell-bent on avenging her husband’s murder and rescuing her kidnapped son. The catch – Selena is a werewolf and shifts between her human and wolf form when in view of the full moon.

Krautscape (Mario von Rickenbach) – With boutique elevated racing action and impossible bird-like flying cars, Krautscape subverts competitive multiplayer racing by allowing the leading player to actively determine the course and direction of the track – which generates as you play.

Slender: the Arrival (Blue Isle Studios) – In 2012, Mark “AgentParsec” Hadley captivated gamers around the world with Slender: The Eight Pages, a short, experimental game that breathed new life into the horror genre. Slender: The Arrival features a brand new storyline, improved visuals, awesome Oculus support, and most importantly, survival horror at its best.

Organic Panic (Last Limb) – In a world of gushing liquids and destructible physics, can you survive the ultimate food fight? Organic Panic is a co-op action bash’em-up platformer served with a healthy side of puzzles.

High Strangeness (Barnyard Intelligence Games) – Inspired by your favorite RPG and action-adventure games of yesteryear, High Strangeness is a hybrid of 8 and 16 bit – it’s a 12 bit adventure! The game’s core ability allows players to switch between 8 and 16 bit worlds and use the generational differences to solve puzzles and explore the universe.

Super Rad Raygun: The Lost Levels (Tru Fun Entertainment)  – It is the year 198X. Big hair is hot, and the war with the Soviets is colder than a refreshing glass of New Coke. RAD RAYGUN must travel the world fighting communist robots, and save the 1980’s by shooting his way through the decade in a totally fresh, expanded version of the original XBLIG game.

Grapple (Tuesday Society Games) – Nothing can stop you in GRAPPLE. Go where you please in this 3D platformer that takes traditional design to the next level. As a ball of goo, extend your arm to swing anywhere. Combine swinging with your ability to travel on any surface or at any angle, and no obstacle can stand in your way. Challenging levels test your skill to move through progressively more complex puzzles. Find out just how far you can Grapple.