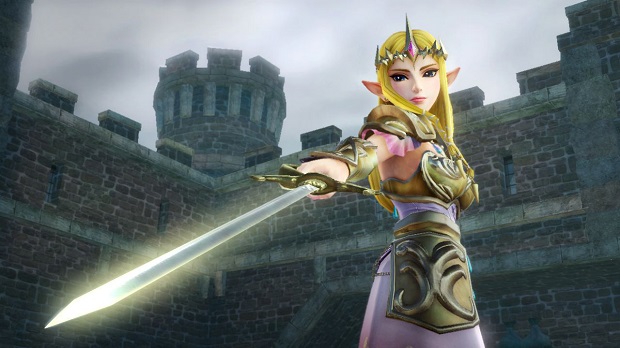 Earlier this week it was confirmed that Ocarina of Time’s Sheik, Darunia and Ruto would be joining the cast of the Dynasty Warriors styled Legend of Zelda spin-off Hyrule Warriors. Today, there are a few new screenshots that show the trio in action.

Sheik appears to fight with daggers as the character does in Super Smash Bros., as well as uses a harp to attack enemies with magic-based moves. Darunia and Ruto, members of Ocarina of Time’s Seven Sages, will fight with a hammer and water-based attacks respectively.

The new screens also show off newly revealed areas, such as the Kokiri Forest from Ocarina of
Time and some of the previously revealed characters like Impa and Link.

Hyrule Warriors is slated for release on September 19th in Europe and September 26th in North America. For more on the Zelda spin-off, check out our preview from this year’s E3.