The regular season of the NFL is over now and the playoffs will start this weekend.  It has been a pretty exciting year with all sorts of records being broken.  To get into the playoff spirit, EA Sports has announced that NFL Blitz is available now on XBLA and PSN.

Electronic Arts Inc., (NASDAQ: EA) announced today that the all-new HD version of NFL Blitz™ from EA SPORTS™ is now available via digital download on Xbox LIVE® Arcade for 1200 points and PLAYSTATION®Network for $14.99. A remarkable value, NFL Blitz features the arcade-style gameplay that made the original game a hit, but takes the experience to a whole new level with immersive online* game modes in high-definition.

The recharged NFL Blitz offers fans the opportunity to battle rivals 7-on-7, fight their way through the Blitz Gauntlet, take over the online leaderboards in Blitz Battles, or create a true dream team by collecting player cards in Elite League. Featuring the twitch gameplay and ultra-responsive controls of the original game, combined with all-new single-player and cooperative game modes, NFL Blitz hits the virtual gridiron with blazing 60fps/60Hz gameplay. Challenging to master, yet easy to pick up and play, NFL Blitz is reborn as the ultimate arcade football experience for a new generation.

I have very fond memories of NFL Blitz when it was in the arcades with its over-the-top action.  With the great job that EA Sports did with NBA Jam, I have high hopes for the new version of NFL Blitz.  For $15, that looks like it is a steal.

Check out the screenshots below to see how this game retains the spirit of the arcade versions, as well as has a few surprises in store for us. 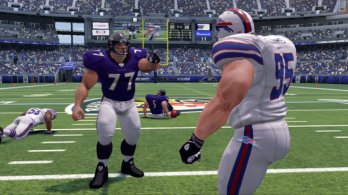 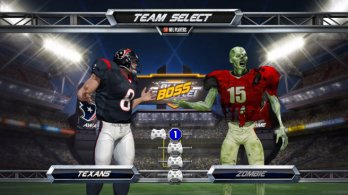 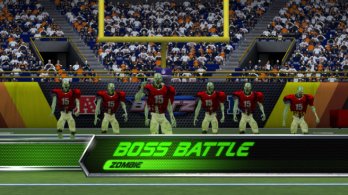 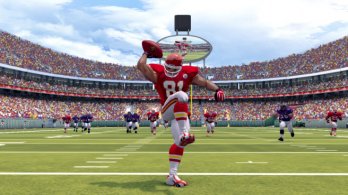 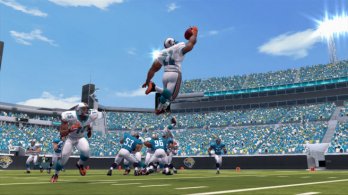 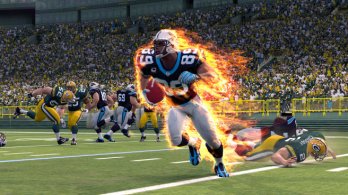