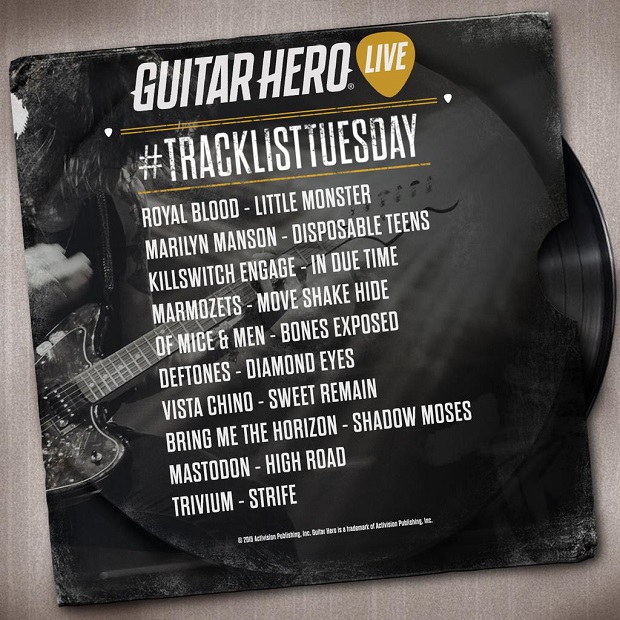 Activision has revealed ten more songs that will be featured on Guitar Hero Live.

Check out the tracklisting below:

Activision announced Guitar Hero Live earlier this year, hoping to bring new life into the dormant rhythm series. The company plans to use Live as a platform for downloadable songs rather than release a new game every year.