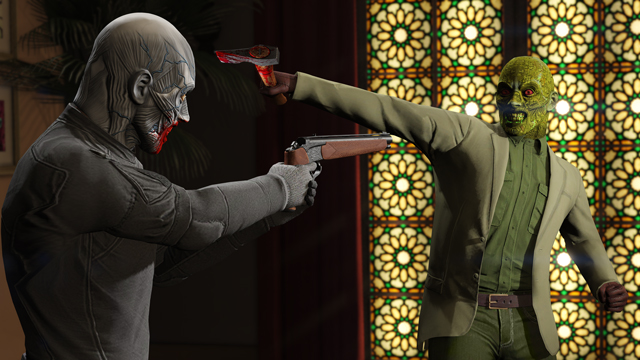 According to an announcement on the Rockstar Newswire, “four players go up against each other in a confined space with a very limited arsenal, just one Marksman Pistol and two bullets to take out three opponents. Once you’ve exhausted your ammo, you’ll need to resort to crafty melee attacks with your Hatchet or Machete to make it out alive.”

Every Bullet Counts is out today for the PlayStation 4, Xbox One, and PC. The multiplayer mode will not available on the PlayStation 3 and Xbox 360, coinciding with Rockstar’s announcement from last year that updates for the game would eventually stop coming to last-gen consoles.

You can read our review of Grand Theft Auto V for current-gen consoles, where we praised the game’s graphical upgrade and its inclusion of a first-person mode.