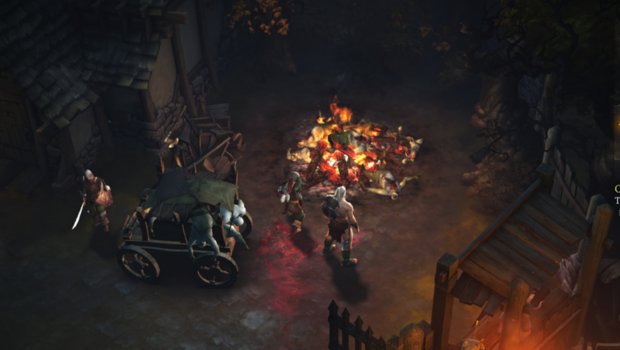 There’s a new game director in charge of Diablo III, one Josh Mosqueira – and he has a few things he’d like you to know about the future of Diablo III. Anyone who’s actually interested in the game knows that it’s had some… well, rocky and controversial moments puts it lightly. It’s a damn fine game, but it’s had trouble living up to the expectations of the throngs of people who had been waiting years and years for it to release. But Josh seems to realize he’s got his work cut out for him, and he’s taking the helm while giving the lay of the land as he sees it.

You can read the full post right here, but this choice tidbit helps summarize the direction Josh Mosqueira is going with Diablo III:

In the future, we’ll be focused on preserving the core fantasy by cultivating the roots of the Diablo storyline, fine-tuning the heroes for what lays ahead, and creating new monsters and demons that will once again plant the seed of fear in your hearts. While some Diablo players out there are just looking for a fun single playthrough of the game, for many others, part of the appeal of the game is coming back again and again to test their mettle against challenging foes in an ongoing search for rare treasures, with the goal of making their heroes more and more powerful. We want to give those players, and really everyone, even more reasons to keep coming back to Sanctuary, and we have some great ideas brewing for ways to address randomization, what our endgame should offer, and how to make playing online with friends truly fulfilling.

It’s easy and even popular to knock Diablo III at this point. The whole online-only aspect, along with the economy issues, have marred an otherwise top-notch title. But I’m going to wish Josh the best, and point out one thing in the title’s favor: it’s been out for quite a long time now, and still you have the game director promising not only to continue working on this title, but also talking about the new monsters and demons and additional content that we’re going to see for this game. You normally don’t see commitment like this outside of an elite handful of titles and, of course, MMOs. If there’s one thing that can be said in Diablo III’s favor, it’s that Blizzard has shown every sign of being committed to really working on the game for the long haul. Keep it up, guys.