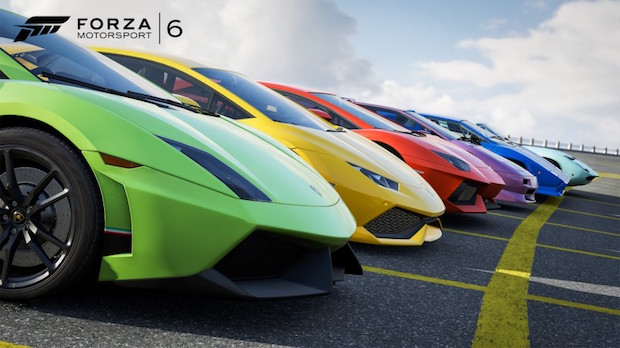 One of the longest racing series’ around will continue as Microsoft has revealed the next Forza game will be announced at E3 2016.

On top of the reveal date, Microsoft also provided some details about one of the more important cars you will be able to hop into. Before it’s even available to the public, players will be able to drive around in the Lamborghini Centenario. The car will grace the cover of the newest Forza.

“We’re excited to continue our long history of working with Lamborghini and to be part of their 100-year anniversary by celebrating the Centenario as the featured cover car of the next Forza game,” – Phil Spencer, Head of Xbox

On top of that, Forza Motorsport 6 players will get a little bonus as well. Beginning today, players will get access to the Lamborghini Super Trofeo series, the first series of which contains “Rivals” time trial events. The announcement continued by saying “Based on their leaderboard and division performance in ‘Rivals,’ players will be gifted the exclusive 2015 Huracán Super Trofeo – and they will be invited to participated in the series’ second prize-filled season.”

Whether that means all players will be invited or not is a tad unclear.

E3 2016 begins in a little over three months, June 14th – June 16th. Until then, you can check out the new Forza Motorsport 6 content today. Check out the Gaming Trend review here.