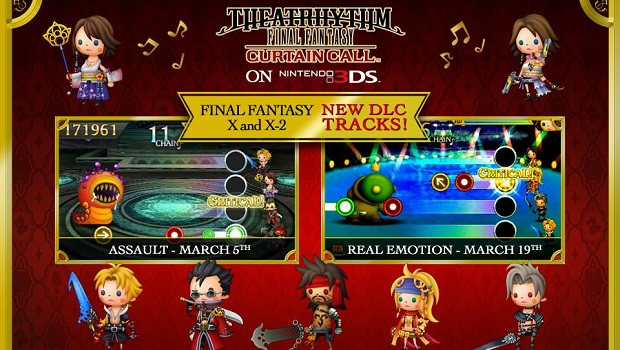 Final Fantasy X|X-2 HD Remaster is coming to PlayStation 4 on May 12th, and will support cross save functionality with the PlayStation 3 and Vita versions that came out last year.

The Theatrhythm series is a rhythm game that centers around music from various games in the Final Fantasy franchise. Square-Enix has plans to release a Theatrhythm game focusing on Dragon Quest.