The Gunk, an upcoming sci-fi exploration game from Thunderful (the team behind the SteamWorld series), recently released a new featurette detailing the alien world and various aspects of the gameplay. You can check out the featurette above and read below for more details:

Gothenburg, Sweden – December 2nd, 2021 – Thunderful are pleased to unveil a new trailer for anticipated story-driven sci-fi exploration title The Gunk where lead star Fiona Nova gives us a guided introduction to the game’s compelling world. This new game from the team behind the SteamWorld series will be released for Xbox Series X|S, Xbox One and PC on December 16th, and will be available on Xbox Game Pass on day one.

In the new trailer, Fiona Nova, voice of protagonist Rani, introduces us to the game’s compelling characters and spectacular alien world. Rani and her partner Becks are a space hauling duo mining the galaxy for whatever resources they can sell to make ends meet. When they come across a seemingly barren planet infested with a strange undiscovered substance they call “the gunk”, they wonder if they might be in for a big payout. 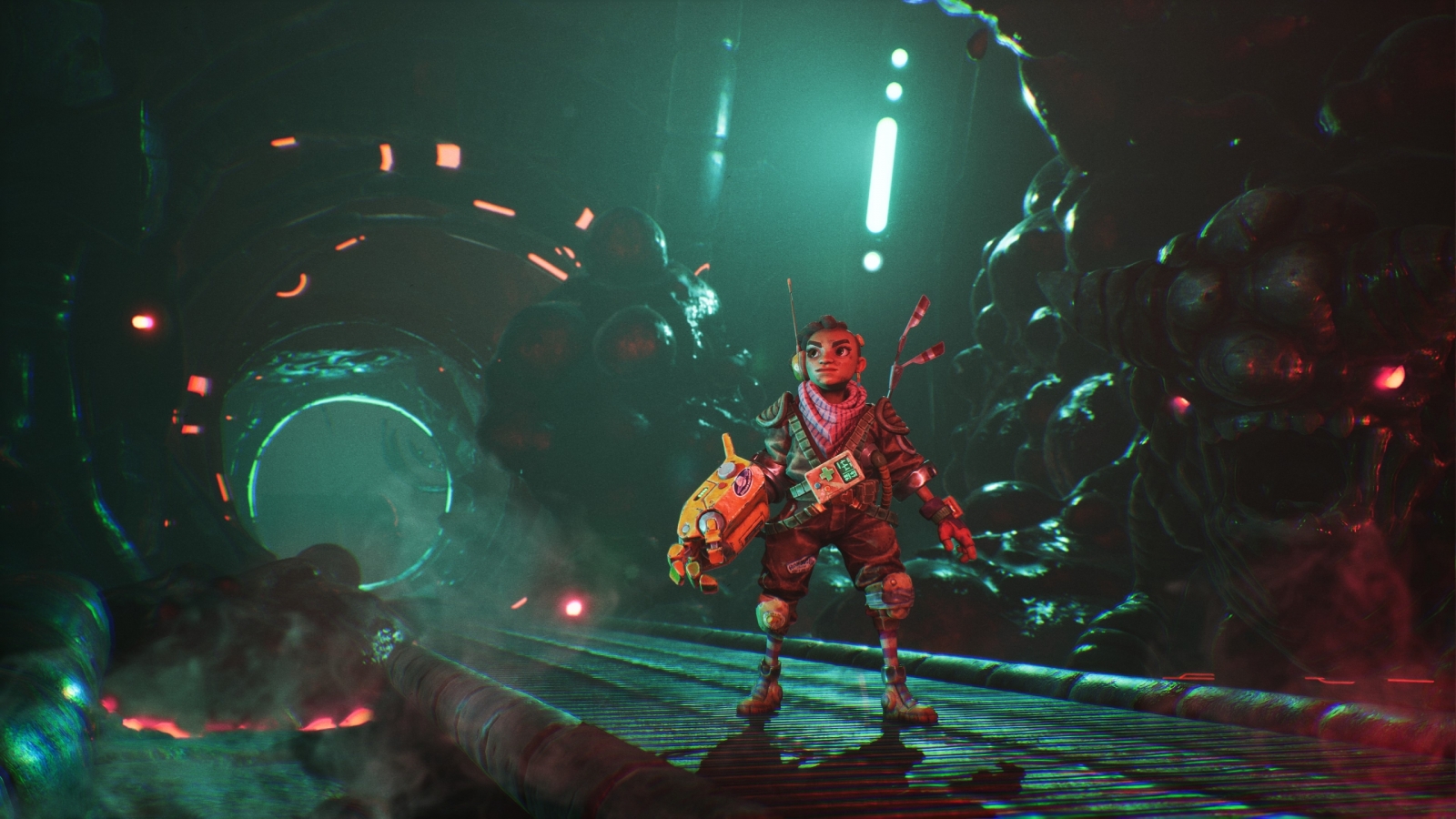 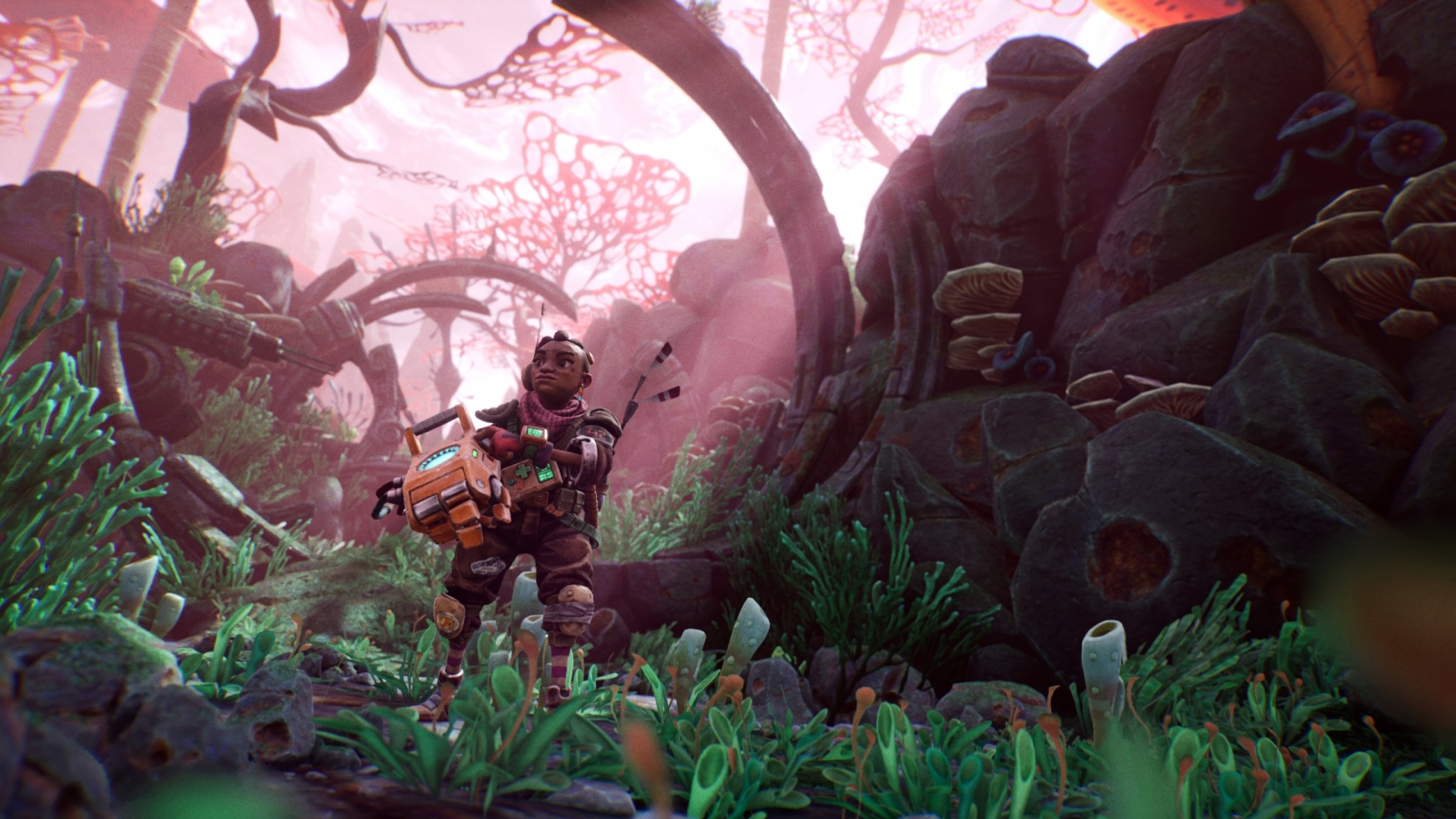 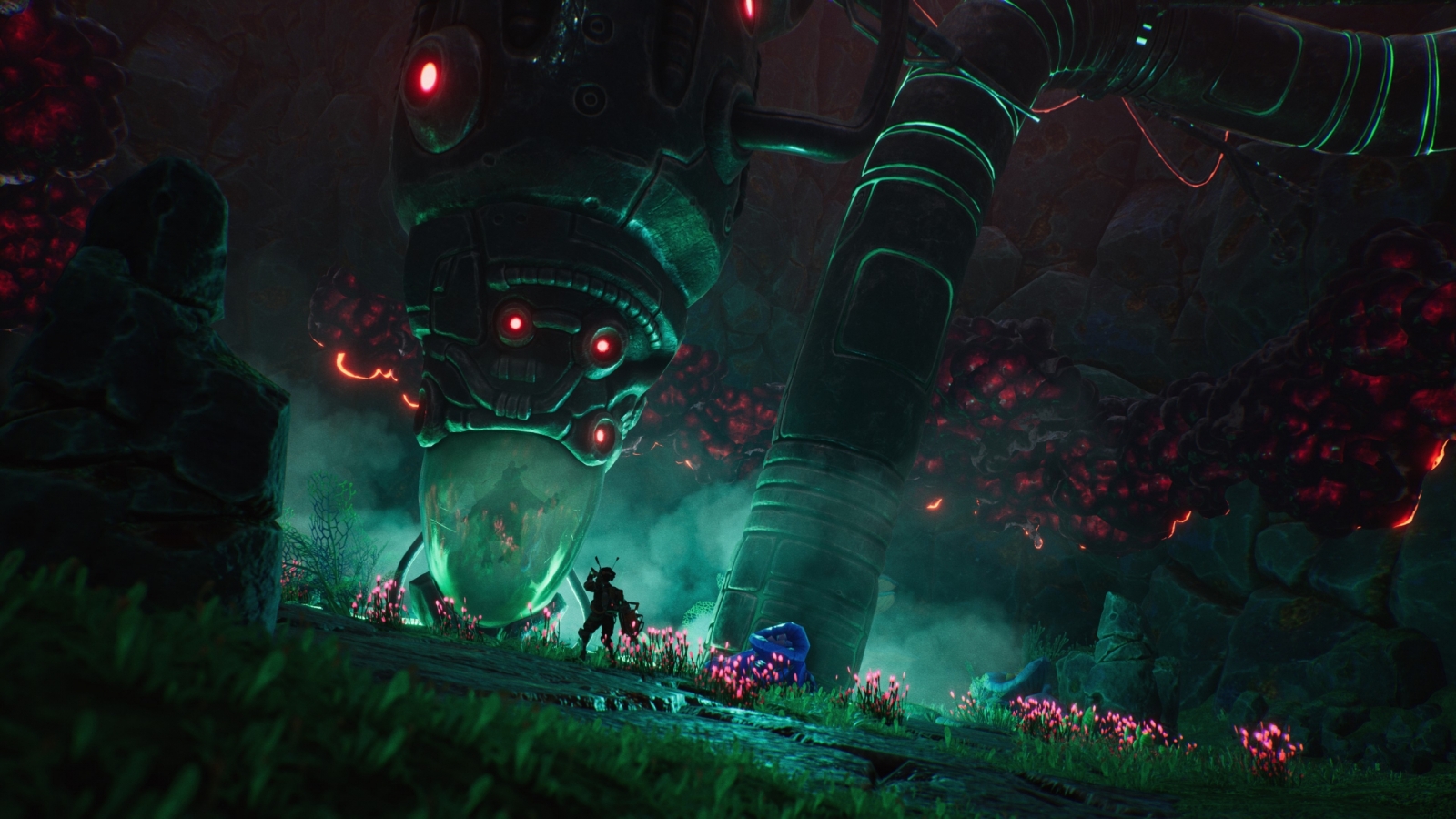 The Gunk has a big emphasis on exploration with a wondrous and diverse alien world to discover featuring biomes ranging from rocky canyons, to dense jungles, to deep subterranean caves (this is the team behind SteamWorld after all) and a few more surprises. The gunk is turning all of these zones barren, but as you remove it using Rani’s upgradable goo-sucking power-glove, you’ll discover a flourishing ecosystem seemingly suppressed by this mysterious and destructive gunk.

The intriguing questions of what the gunk is, how it got here and what kind of world existed prior to its arrival can be uncovered as you explore. Perhaps the gunk has something to do with the ruins of an ancient civilization that appears to be long gone? Scanning the environment to make new discoveries and learn more about the world will fill out your findings in a logbook. Players who dig into these entries might just find some clues as to what happened here!

“As a team, it’s been a real pleasure to branch out and supplement the charm we’re known for with the SteamWorld series with a more ‘grown-up’ story like the one we are telling with The Gunk,” said Game Director Ulf Hartelius. “We’ve been working hard to blend that intriguing sci-fi tale with the cool raymarching tech we’re using to create our mesmerizing gunk and a rich world for players to explore. We can’t wait for them to finally get to experience it all on December 16th”.

Stay tuned to Gaming Trend for more info on The Gunk and for all your gaming, tech, and entertainment news!