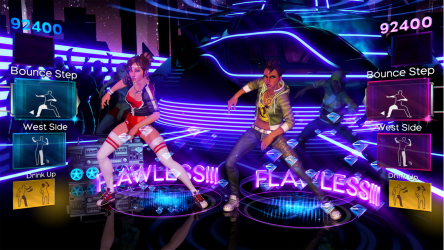 Harmonix has announced three new dance routines coming to Dance Central 2 later this month. The line up of new songs includes Yolanda Be Cool and DCUP’s “We No Speak Americano”, Kelly Rowland’s “Commander” featuring David Guetta, and Pitbull’s “Give Me Everything” featuring Ne-Yo, Afrojack, and Nayer. The add-on content will be released one track per week starting tomorrow April 10th. The songs, difficulty, and choreographers are summarized in the release schedule below.

April 10
Yolanda Be Cool & DCUP – “We No Speak Americano”

April 24
Pitbull ft. Ne-Yo, Afrojack & Nayer – “Give Me Everything”

Fans of the 360 exclusive dance game should be excited to have something new to dance to every week this month. All three tracks will be available in both the in-game music store and the Xbox LIVE Marketplace for 240 MS points.