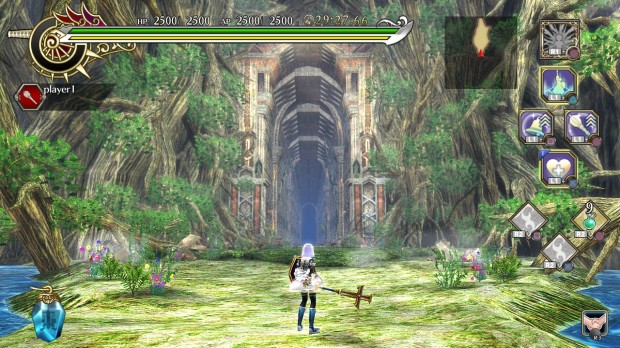 XSEED Games announced today a new demo for their game Ragnarok Odyssey ACE, along with a free DLC package.  In addition, the announcement lays out two more instances of free DLC releases, each with their own set of in-game items.  Ragnarok Odyssey ACE is a role-playing game available on the PlayStation 3 and Vita consoles.

If you’ve read our review for Ragnarok Odyssey ACE, it’s hard to imagine that the upcoming demo will do anything to entice you further towards the game.  That said, if you are a diehard RPG gamer there may be room yet on your shelves for it.  European fans of the game will also be able to get an additional taste of the game before its April 30 European release.  Those fans of the game who already are deeply entrenched will be happy to hear about the free downloadable content.  The first DLC, the “Soul Sacrifice” set, will include 5 in-game items for use with your characters.  The second such DLC, the Emil Chronicle Set, will be released May 6, while the Puzzles and Dragons set, the third DLC, will release on May 13.

Ragnarok Odyssey ACE is developed by Game Arts, creators of the Grandia and Lunar series, together with GungHo Online Entertainment in Japan. Ragnarok Odyssey ACE is published by XSEED Games in North America and released on April 1, 2014. The European release scheduled for April 30, 2014 is published by GungHo Online Entertainment America. This title has been rated T (Teen) by the ESRB.