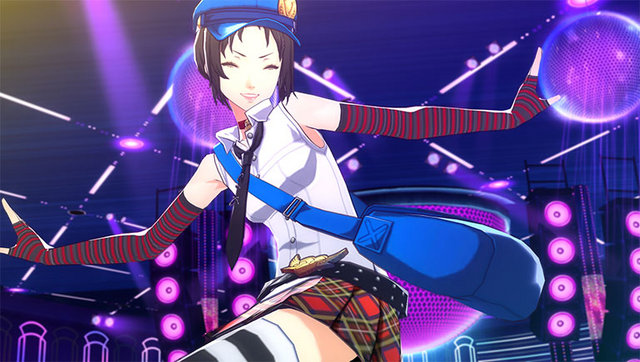 Both Marie and Adachi are going to be DLC characters in Persona 4: Dancing All Night, and Atlus has released two new trailers showcasing both of their dance moves and the songs they’ll be able to dance to.

As DLC, both characters will be part of Dancing All Night’s “Free Dance” mode, which is completely separate from the game’s story. Marie dances to Persona 4 Arena Ultimax’s theme “Break Out Of…,” while Adachi gets down to a remix of “Fog” from Persona 4.

Persona 4: Dancing All Night is coming to PlayStation Vita on September 29th. The rhythm spin-off will be available in a “Disco Fever Edition” alongside a standard retail package, which Atlus has released a new unboxing video for:

For more on Dancing All Night, check out Gaming Trend’s review.