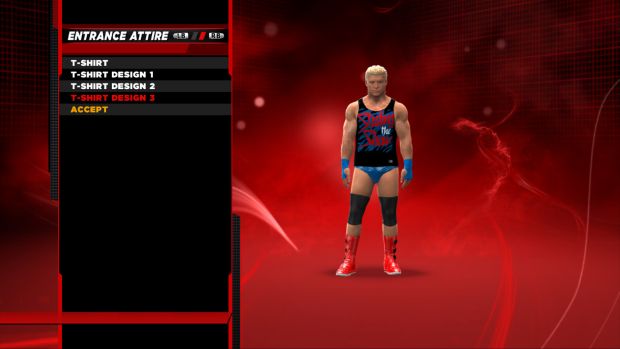 2K continues their push for WWE 2K14 today as they announced the “Creation Suite.” With this announcement, the “Creation Suite”  ” takes the lead as the most comprehensive creation suite in gaming.” I’m not entirely sure what that means, or if it’s supposed to be a joke, but hey, that’s something! In short, this suite mode seems like a glorified hub for all the creation aspects that were in the previous WWE games, though there have been some slight tweaks and improvements.

As I stated earlier, most of this seems like features from the previous games all put into one little, shall I say, suite? You can expect WWE 2K14 to release on October 29th for the Xbox 360 and PS3.