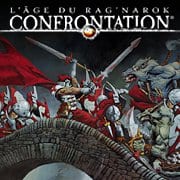 Confrontation is a tactical role-playing game set to be released for PC tomorrow. Cyanide Studios released a new launch trailer today to give gamers a preview of what Confrontation has to offer. Players take on the role of brave Griffin warriors, fighting against various forces of evil as the end of the world approaches. Check out the launch trailer after the break for a taste of the action.

The story unfolds in the world of Aarklash as a battle rages between three warring factions in the face of the coming Rag’narok, or end of times. In addition to playing through the storyline alone, the game’s multiplayer allows gamers to face off against squads of other factions from around the world. Confrontation will be available tomorrow April 4th in retail and digital stores.