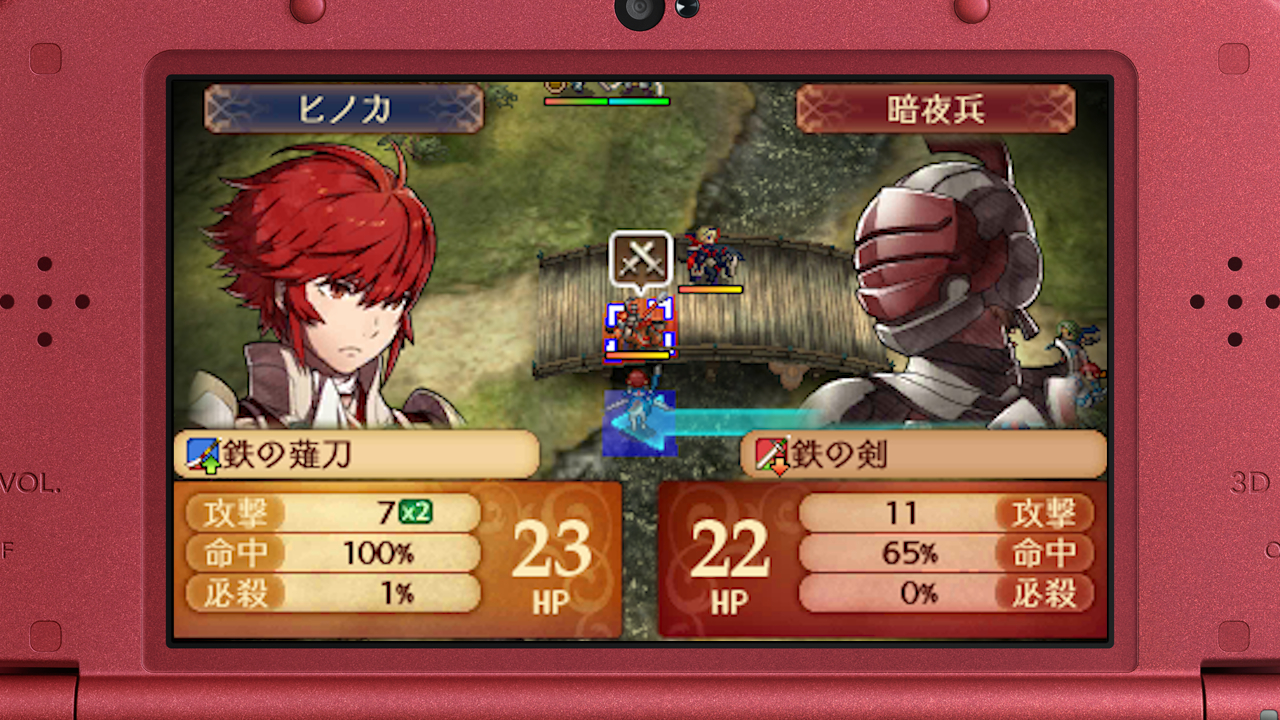 During today’s Nintendo Direct, Senior Product Marketing Manager of Nintendo of America Bill Trinen announced that the currently-untitled Fire Emblem game that has been in development for 3DS will release sometime in 2016.

This was following a trailer featuring new concepts shown off. Fire Emblem will once again feature a customizable protagonist, who can be either male or female, and will be at the heart of the conflict. Torn between the warring nations of Nohr and Hoshido, the protagonist must choose who to side with: his bloodline of Hoshido, or the Nohr family who raised them. The Hoshido route is the more “traditional” FE story, while the Nohr path is purported to be more intricate and difficult.

This will be the first Fire Emblem game to offer branching paths on opposite sides of the same war.

Other gamplay clips showed typical combat systems for a Fire Emblem game, a likelihood of the return of support conversations, and a segment where a character utilized magic to reform a destroyed stone bridge. We’ll be waiting impatiently for this game’s release. No word yet on possible Amiibo integration or whether the new Fire Emblem game will require a New 3DS.

Gameplay seems to be standard Fire Emblem, but not much has been said about changes to combat so far.

Keep tuned to Gaming Trend for all the news involving the Nintendo Direct and all things Fire Emblem, as I’ll be personally waiting for this one with baited breath.