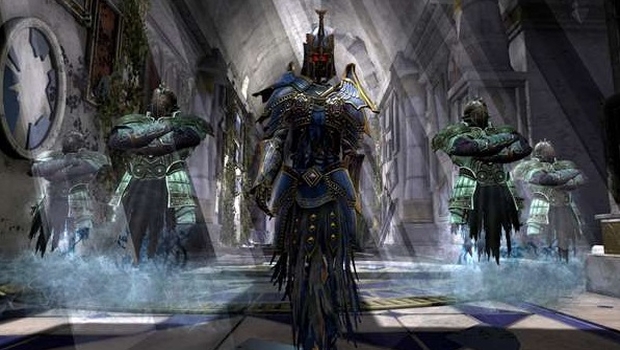 You’ve likely seen our hands-on coverage for Neverwinter over the last few months and know that we are pretty stoked about the F2P MMO, Neverwinter.  Well, now you can get your hands on it to try things out for yourself – Neverwinter is heading to open beta at the end of this month.

Recent winner of MMORPG.com’s Most Anticipated Award at PAX East 2013, and recipient of dozens of other awards and much critical acclaim, Neverwinter is Cryptic and Perfect World’s proof that Western free-to-play games, when built from the ground up, can compete with even the biggest boxed subscription titles. On April 30, the companies invite all gamers to put that claim to the test. There will be no character wipes or restricted access after the start of Open Beta.

As an added thank you to the committed Founders who have helped make Neverwinter possible, beginning 12:00 p.m. (PDT) on Friday, April 12, Founders will get the first opportunity to experience Neverwinter’s professions system as part of a newly added 60-hour Beta Weekend 4. Founding members may simultaneously pursue four different professions: Leadership, Mailsmithing, Platesmithing and Leatherworking.

The game looks very ready to launch (which is more than I can say for most MMOs), and the last few weekends have been very smooth.   To celebrate the open beta (set for April 30th), we have a new trailer and over two dozen new screenshots.   Bring on the sexy!