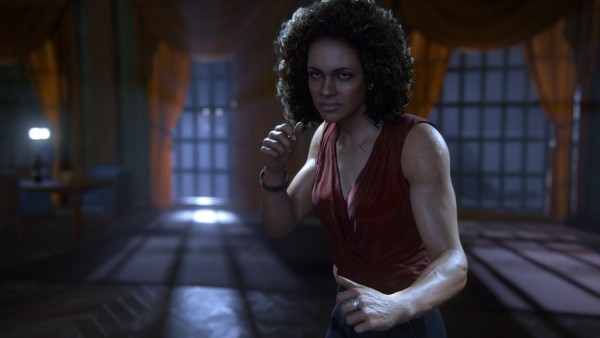 Speaking at a panel today during the PlayStation Experience, Neil Druckmann, creative director on Uncharted 4: A Thief’s End, explained Naughty Dog’s decision to make voice actress Laura Bailey, who is Caucasian, play the character Nadine, who is African American.

According to Druckmann, Naughty Dog cast Bailey before the final look of Nadine had been nailed down. The ultimate decision to make Bailey’s character a different race than that of her own came after seeing the combination of her performance and an African American character model created months prior. “I no longer see Laura’s performance, I no longer see the concept art,” Druckmann said, “I see Nadine. And that combination just felt so right.

“That to me is what’s so awesome about our medium — your outward appearance doesn’t matter at all,” Druckmann continued. He went on to say that if outward appearance did matter when casting a game, Troy Baker and Ashley Johnson couldn’t have been been cast in their roles as Joel and Ellie in The Last of Us — two performances that Druckmann said were played “to perfection.”

Druckmann also revealed that there is an unannounced character in Uncharted 4 who is Caucasian, but played by an African American actor. “In that case, that was the best choice,” he said.

Uncharted 4 is scheduled to release exclusively for the PlayStation 4 on March 18, 2016.