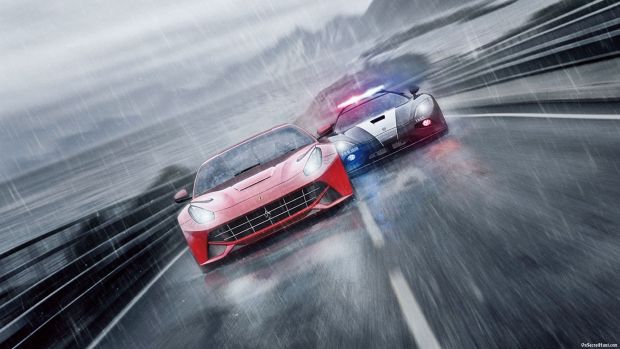 The teams at EA and Ghost Games have announced that they are getting their racer Need for Speed Rivals to the finish line a little early to launch day and date with the PlayStation 4.   This means you’ll be able to take to the streets with the next-gen title  on November 15th.   The current-gen launch for Xbox 360, PlayStation 3, and PC will hit just a few days later on November 19th.   Here’s a nibble about it, as well as some gorgeous screenshots from the game in motion:

Ghost Games pushed the pedal to the floor and is delivering the next generation of racing games even earlier than expected! On November 15, Need for Speed™ Rivals will be available first on the PlayStation® 4 computer entertainment system in North America, and will be the only racing game coming to the new console this year. Need for Speed Rivals will be available at retail and via download directly through the PlayStation®Network and will support Remote Play for the PlayStation®Vita handheld entertainment system. Playing on the PS®Vita gives players the option of starting their races or chases on PlayStation 4 and finishing them on the go from their handheld. The game will be in-stores for the PlayStation 4 November 29 day and date with the console launch in Europe.

Need for Speed Rivals puts gamers behind the wheel of both sides of the law, daring them to cross the line as either a cop or racer in order to gain any advantage in the street’s ultimate rivalry. Players will choose between two distinct career experiences, each with their own set of high-stakes challenges, rewards, pursuit tech and cars. Powered by the advanced Frostbite 3 engine, the game features stunning visuals including epic vistas, super high-fidelity cars, time of day and weather effects. The intensity of the action is at an all-time high thanks to AllDrive, a revolutionary new way to experience Need for Speed where you and your friends are seamlessly connected in one racing world.

If you pre-order the game you can pick up the Need for Speed Rivals Ultimate Cop Pack for free.  Now you’ve got a racer to go with your shiny new PlayStation 4.

Look for our full review of the game just before the launch as we are going hands-on with the title very soon!