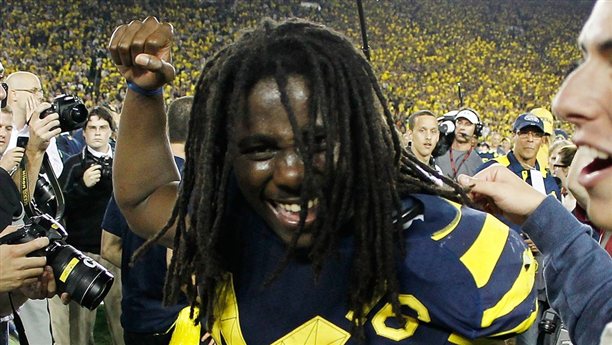 By Denard’s shoelaces!  The National Collegiate Athletics Association has announced that it has decided not to renew the long-standing partnership between itself and EA sports. This means that NCAA 14 will be the last game to use that title.

In their press release, the NCAA gives the following as their reasoning for forgoing the new contract:

We are confident in our legal position regarding the use of our trademarks in video games. But given the current business climate and costs of litigation, we determined participating in this game is not in the best interests of the NCAA.

The “business climate and costs of litigation” are almost certainly a reference to the recent lawsuit brought by several former players claiming they ought to be paid likeness rights for their “appearances” in the long-running football simulator.

In the end this probably won’t cause much to change.  The colors, uniforms, logos, etc. of each team are the property of that specific institution, and not affected by the NCAA’s decision.  We’ll almost certainly still have an college football video game filled with “fake” players. In effect, all the NCAA’s has done is forced EA Sports to change the name of the franchise.  I vote that they go the Madden route of naming it after over-hyped pundits:  Corso 15 will be the best in the series!