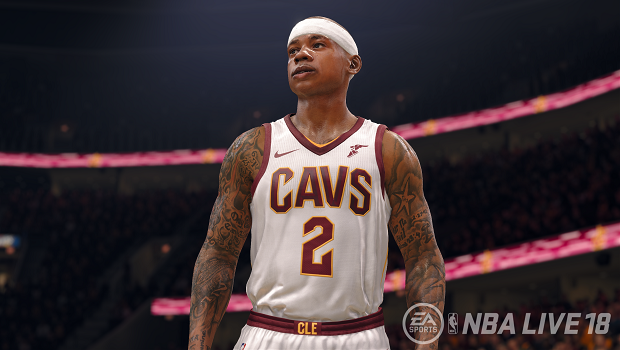 Today, Electronic Arts announced that NBA Live 18 will be the first game to reflect the move of Isaiah Thomas and Kyrie Irving to the Cleveland Cavaliers and Boston Celtics, respectively. Both of them will be playable on their new teams, and a demo has been released that includes a small piece of content that will be available for the PlayStation 4 and Xbox One title when it gets released on September 15.

Today, Electronic Arts revealed that NBA Live 18 is the first game to offer the newest point guard for the Cleveland Cavaliers, Isaiah Thomas, and point guard for the Boston Celtics, Kyrie Irving playable on their new teams. Following the blockbuster trade last week, NBA Live’s demo was expanded and updated this morning to reflect the swap. The demo’s playable roster will also expand today with the inclusion of players from the Houston Rockets, Boston Celtics and the updated roster of the Cleveland Cavaliers. Players will also have access to play as Kyrie on the Boston Celtics. The demo containing the Rockets, Celtics, Cavs and Warriors is now available for Xbox One and PlayStation 4. The demo also includes a trail of NBA Live’s ‘The One’ career mode plus live events running through the launch of the game.