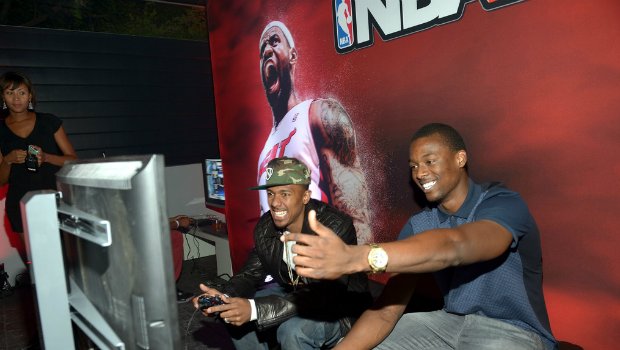 With this new feature, players who connect to 2K via Facebook and then share pictures, videos, and other promotional materials will recieve a code, which is used to redeem for the items listed previously.  Players will have the oppurtunity to team up with other NBA 2K14 players to boost the rewards recieved, and this feature will work with both current and next generation versions of the game.

While it doesn’t appear to be much more than a way to get fans talking about their product, it is nice that this feature rewards the gamers for their time spent. For interested NBA 2K players, follow this link to get started.

Developed by Visual Concepts, a 2K studio, NBA 2K14 is currently available on PlayStation 3 and Xbox 360 systems and Windows PC. Rated E for Everyone by the ESRB, NBA 2K14 will also be coming to PlayStation 4 and Xbox One later this year.  For more information on NBA 2K14, visit https://www.facebook.com/NBA2K and follow @2KSports on Twitter.