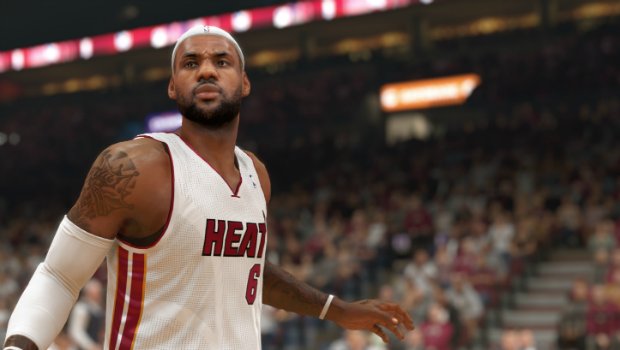 2K Sports has released a introductory screenshot of NBA 2K14 in the next generation.  Showing cover athlete LeBron James in an on-court pose, the new screen is a simple glimpse into the next stage of basketball gaming.

The image, a PlayStation 4 shot, is sparse on action and doesn’t say much in terms of how players will look in contact, while moving, and so on.  The facial likeness of LeBron James is uncanny, however, and the detailed lighting on the court and the basketball itself is pretty nice.  It definitely looks impressive, but as one who gets excited every time a next generation console is soon to release, it’s easy to mark every new screenshot as groundbreaking.  We’ll have to wait and see on what the final product will deliver for 2K.

That said, with 2K’s past dominance and quality in the basketball game market combined with the high-powered possibilities of the next generation, the sky really is the limit for the NBA 2K franchise.  This screenshot says nothing to throw that thought process off of its track.

Developed by Visual Concepts, a 2K studio, NBA 2K14 is currently available on PlayStation 3 and Xbox 360 systems and Windows PC. Rated E for Everyone by the ESRB, NBA 2K14 will also be coming to PlayStation 4 and Xbox One later this year.  For more information on NBA 2K14, visit https://www.facebook.com/NBA2K and follow @2KSports on Twitter. 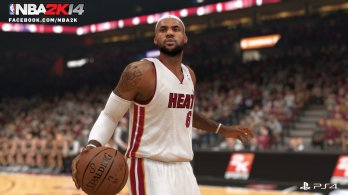