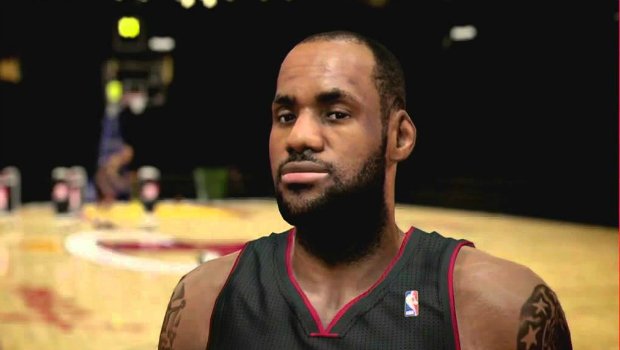 2k’s newest television commercial for their upcoming NBA 2K14 video game has been released, with a little showing off from cover athlete LeBron James and from 2k themselves.  The video shows footage from their next-generation version of the game, ending with the word “reign”, a subtle nod to their recent NBA video game success.

The footage is actually pretty stunning.  The clip doesn’t show much time wise, but the basketball action it displays looks completely fluid and astounding.  The little snippet within the spot looks better than anything that NBA Live has shown so far.  That’s saying quite a bit, as the NBA Live next-gen teasers have looked great, and in fairness, 2k may be benefiting from the briefness of their clip.  While EA hopes NBA Live can rebound from its past failures, NBA 2k14 is making the claim that they will be the best around, both past and present.

Developed by Visual Concepts, a 2K studio, NBA 2K14 is rated E for Everyone by the ESRB. NBA 2K14 will be available October 1, 2013 in North America and October 4, 2013 internationally on the Xbox 360 and PlayStation 3. NBA 2K14 will also be coming to Windows PC, PlayStation 4 and Xbox One later this year.  For more information on NBA 2K14, visit https://www.facebook.com/NBA2K.