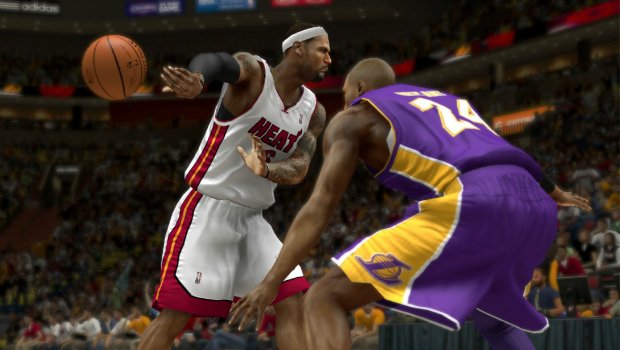 The newest NBA 2k14 video has been released, introducing the 2k fanbase to Pro Stick controls.  A evolution of the right stick shooting control already in 2k’s NBA franchise, the Pro Stick will allow players control of dribbling, shooting, and passing with the flick of the thumb.

Designed with Steve Nash and Ricky Rubio in mind, the Pro Stick will allow for more fluid, flashy passing and will likely eliminate some of the frustrations with button passing.  If implemented with the lob passing intact, no more will a pass slam into the back of a defender and end up a slam dunk on the other end.  Outside of the functions of the stick, the passing shown in the video below is just downright pretty.  Finally, being a player like Rubio or Nash will be able to yield real benefits, as the strengths of flashy point guards will now translate to the game for the first time.

There are some concerns over how this will affect the much needed shot stick, and how fluid using two joysticks for four functions will be.  For the answers to those concerns one can only wait and see.

Developed by Visual Concepts, a 2K studio, NBA 2K14 is rated E for Everyone by the ESRB. NBA 2K14 will be available October 1, 2013 in North America and October 4, 2013 internationally on the Xbox 360 and PlayStation 3. NBA 2K14 will also be coming to Windows PC, PlayStation 4 and Xbox One later this year.  For more information on NBA 2K14, visit https://www.facebook.com/NBA2K.