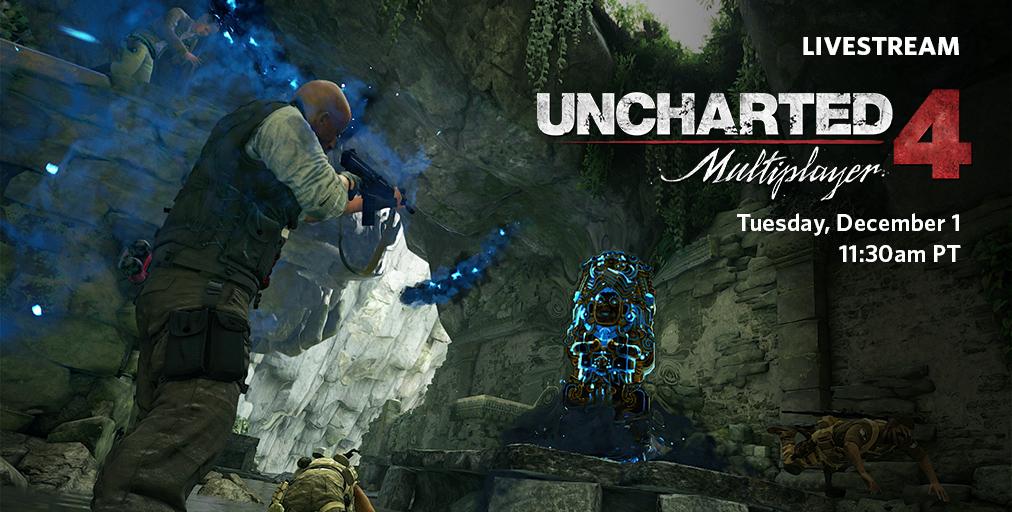 Naughty Dog will be giving fans a look at the upcoming Uncharted 4: A Thief’s End beta tomorrow.

On December 1st at 11:30am PST, Naughty Dog will be showing some Uncharted 4 multiplayer gameplay to fans, as well as giving a full rundown of the beta that begins on December 4th and lasts until December 13th. The stream will be viewable on the studio’s Twitch channel, but Naughty Dog gave no information as to how long the presentation would last.

Naughty Dog revealed Uncharted 4’s multiplayer at Paris Games Week in October, and has since confirmed that it will support microtransactions and run at 60fps.

Uncharted 4: A Thief’s End is coming to PlayStation 4 on March 18th. For more on the closing chapter of Nathan Drake’s story, check out our thoughts on how we think his adventures should end.