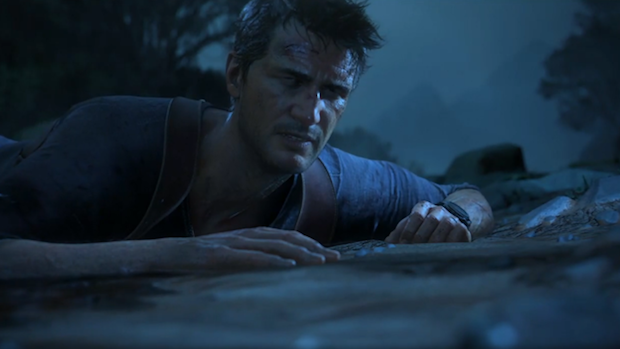 The Uncharted series is known for its linearity, but Naughty Dog is hoping to expand upon levels in Uncharted 4: A Thief’s End

In the latest issue of Game Informer, Naughty Dog’s Ricky Cambier described how the studio hopes to change up the formula for Nathan Drake’s PlayStation 4 debut.

“I think our goal with the layouts in some of these spaces is that there’s not that golden path,” Cambier said. “You turn this corner, you’re going to find something surprising. Or maybe this way you’re going to use your potions; the mixup of your different tools. There might be a shimmy ledge this way, there might be things that break this way; so every path has that action, that tempo that you want.”

Naughty Dog plans to utilize much of Nathan Drake’s new tools (like the ones seen in the game’s first gameplay trailer) to give players new paths and options to explore as they progress, rather than just sticking to a designated path.

“Because you want to go bigger in this jungle layout that we have,” he said. “You can see just all the avenues that Drake has; these new tools. You give the player a tool like the grappling hook. Then you realize how much space you need to fulfill that and how far you can go. How you design a space that has that size and that epicness, but is still understandable, digestible.”

Uncharted 4: A Thief’s End is coming to PlayStation 4 later this year. A ton of new details have surfaced thanks to Game Informer’s coverage, including story information and ideas that Naughty Dog has for the game’s gameplay.

At PlayStation Experience, Naughty Dog walked fans through the process of bringing Nathan Drake to PlayStation 4.