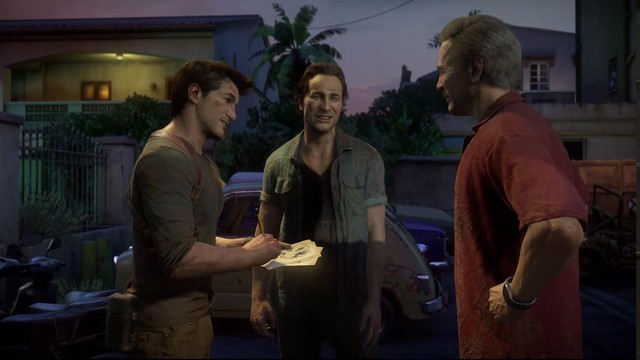 Naughty Dog is releasing the first-ever single-player DLC for the Uncharted series with Uncharted 4: A Thief’s End, but the studio isn’t positive as to what it will focus on just yet.

In an interview with GameSpot, Naughty Dog’s Arne Meyers explained this while addressing concerns that parts of Uncharted 4’s story would be taken out from the main game in order to make way for DLC in the future. Meyers stated that this would be impossible for Naughty Dog to do, as the add-on is so far in the future the studio hasn’t decided just what the story content will be.

“I was talking with Neil (game director) about a month ago when that was just revealed and reading all the stories and fan reactions about it. It was interesting because people are thinking maybe we’ll hold back some of the story or stuff like that. But he’s like, ‘I have no idea what we’re going to do with that.’ We’re so busy on the actual game and I was talking to him and saying that we’re taking a big risk here because we have no idea what we’re going to do yet. We’ve committed to putting something together and it has to be a high level of quality and have a really engaging story, and we’ve said that this is the final chapter. We have all these things we need to resolve at some point but we have no idea what that is.”

Uncharted 4 is coming to PlayStation 4 on March 18th. Sony and Naughty Dog recently unveiled the game’s multiplayer mode, which will feature microtransactions as well as in-game currency.

For more on Nathan Drake’s last adventure, check out our thoughts on how it should wrap up Uncharted’s story.